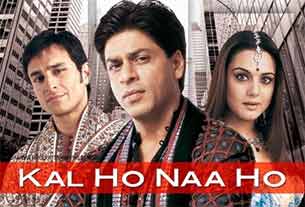 It has been a decade since Karan Johar's hit romantic drama "Kal Ho Naa Ho" released. The filmmaker says he has "indelible" memories attached with the movie, while its lead actor Shah Rukh Khan missed the film's producer, late Yash Johar on the occasion.

The film marked the directorial debut of Nikhil Advani, who posted: "'Kal Ho Naa Ho' is 10 years oldThanks to Karan Johar, Shah Rukh Khan and Yash (Johar) uncle. They were the ones who gave me the chance. Everything else came later."

Shah Rukh, who played the endearing character of Aman Mathur in the film, thanked "the whole team" of the film, especially "Yash Johar (Tom uncle)...you were most special. Miss you."