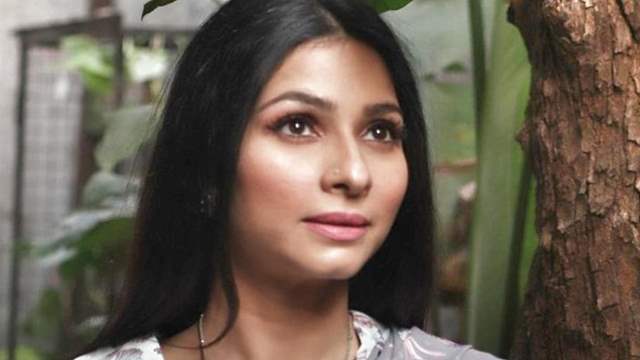 Tanishaa Mukerji, daughter of veteran Bollywood star Tanuja and sister to Kajol has opened up about the much talked about nepotism debate. Tanishaa said that there are pros and cons to being a star kid and called the nepotism debate a "rubbish argument".

In a recent interview, Tanishaa said:

"Nepotism is a rubbish argument. It’s just a fancy word that people are using out of the context a lot of times. In today’s industry, if you are not working hard, you are not being seen. It is hard work. There are pros and cons to everything. A person, who is not a star kid and makes it big in the industry, they will talk about how difficult it was to get their first break. But they don’t have to deal with the pre-conceived notion that the whole world had about a star kid – yeh toh Dharmendra ka beta, isko toh Dharam paaji k tarah hona hai or yeh toh Tanuja ki beti hai, isko toh Tanuja ki tarah hona hai. No, they come with a blank slate. That’s a huge benefit in our industry. There are a lot of cons also. I am not denying it."

Tanishaa had made her Bollywood debut with Sssshhh… in 2003, and featured in films like Neal 'n' Nikki, Sarkar among others. However, she failed to leave an impressive mark on the audiences. Giving her own example, she added that being a star kid does not guarantee success. Tanishaa said:

“I have got Rani (Mukerji) on one side, Ajay (Devgn) on one side, my mother is Tanuja, my sister is Kajol and I also have Ayan (cousin, director) in the family. I am number one poster child of nepotism failing. (laughs) All those people screaming nepotism, look at me and then talk. Some people will have a problem with what I have said, but some people will also say that she makes sense. It’s a give and take. It’s a beautiful time in the world to be out there and speaking your mind because people are having these conversations. And this is important."

On the work front, Tanishaa will be seen next in the horror drama Rosie: The Saffron Chapter, which also marks the Bollywood debut of Shweta Tiwari’s daughter Palak Tiwari. The film, directed by Vishal Mishra and said to be inspired by true events, follows the sudden disappearance of a female BPO employee named Rosie from Gurugram. 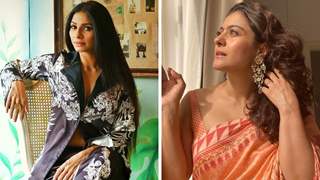 2 months ago An outsider with her crappy level of acting would have disappeared from the industry by now as they would not be getting any opportunities especially not something like KKK or BB. So if she thinks nepotism is rubbish, she is stupid. does she even understand what nepotism is and why it is bad and unfair? she wants to talk about nepotism, look at arjun kapoor. why is he still in the industry getting big movies after giving flops after flops and that too with some seriously unbearable acting? Roles were wasted on him. They could have gone to a more deserving candidate. Sonam kapoor, tiger shroff sonakshi sinha, salman khan and the list goes on. How did these people get their first opportunities when they had nothing in them while outsiders struggle for their first break for years? yes a star kid has expectations and they have to be good to survive but the point is the industry welcomes them and gives them their first chance very easily and even lets them stay to improve as they keep getting movies even after failures. That is not the case for outsiders who are under constant pressure to give hits and also be good at their job while continuously struggling to get new projects.

+ 5
2 months ago She is LITERALLY the best example of nepotism. With a face like that and her absolute lack of talent how did she end up getting those movies? Hmmm let me sit here and think really hard.

+ 4
2 months ago She is getting opportunities in bigg boss and kkk because of her family name. However, we are not talking about Tanisha in the nepotism argument we are talking about entitled people like Alia, Janhvi, Ananya and Shanaya who get nepotism privileges from Karan Johar. Karan did not really do that in Tanisha’s time otherwise who knows he may have tried to launch Tanisha too lol