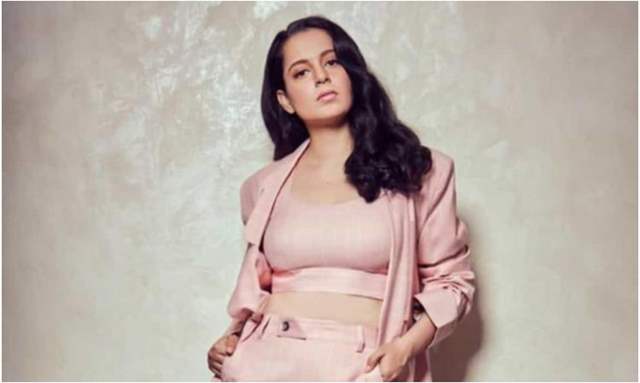 Kangana Ranaut’s war of words against the Maharashtra government escalated during her last visit to Mumbai. She continued to hurl attacks even after leaving for Manali on Monday.

Earlier, the feud reached its pinnacle when Shiv Sena MP Sanjay Raut called Kangana ‘H#@mkhor Ladki’ during his previous interview. The remark even displeased the Twitteraties leading them to voice their contention over Raut's statement and reminded the veteran Maharashtra politician that sexist and misogynist remarks are not valid comebacks in 2020 anymore.

Now, Kangana Ranaut has reacted to the same in her recent interview with Times Now.

The actress revealed that she searched the dictionary to know the meaning of the word. She mentioned that the word meant 'muftkhor' - one who eats for free. She then hit back at the remark and stated that, “I am the highest-paid actress, and gave Rs 15-20 cr taxes. I have generated employment for my staff members, for crew members of my films and the people working in theatres when my films release.”

Kangana added, “I pays a hefty tax to the Maharashtra Government to stay and work here, so I am not 'muftkhor'.”

For the uninitiated, it all started when Kangana called out Mumbai Police and said that she feels scared in Mumbai. These comments did not go well with the Shiv Sena MP Sanjay Raut who then asked her to refrain from coming to the city if she feels scared. Later in an interview, Raut addressed the issue and called Kangana ‘H#@mkhor Ladki’.

Meanwhile in another India Today interview, Sanjay Raut defended his remarks saying, "I just said, if you have a problem with Mumbai then don't come here. Haramkhor remark has also been taken out of context ... in Marathi it means 'beiman' or 'naughty'. I said it in that context." He later added, "Matter is over For Me."

Meanwhile, the National Commission of Women (NCW) and its chief Rekha Sharma also took a strict stance against the politician and condemned his language 'abusing and threatening' the actress.