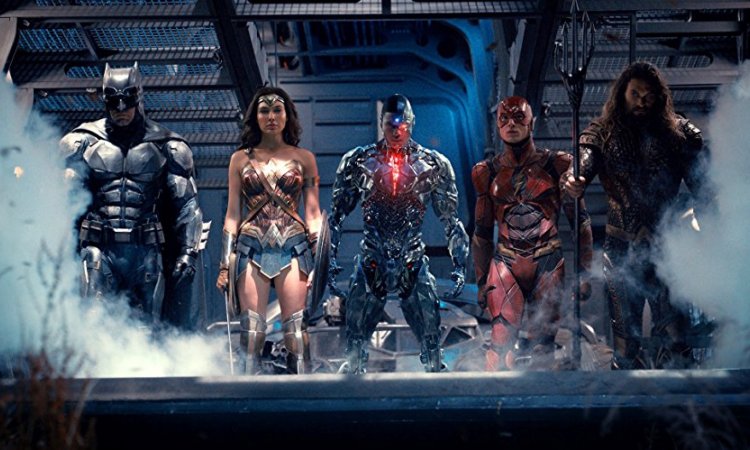 The much awaited "Justice League", based on DC Characters, suffers from "Super Heroes" fatigue. Compared to other Super Hero films, it is better by default yet is disappointing to a point. The film lacks chutzpah and character. It is an ensemble of poorly built characters who band together to stop the villain from annihilating the world.

The narrative begins months after the death of Superman with a racy song with the lyrics, "Everybody knows". It ignites the viewing spirit and delivers the right punch for the tale to begin.

The plot is convoluted and aggressively bland with the central conflict seeming extremely contrived. The only significant plot turn is the resurrection of Superman. Otherwise, the writing is lazily formulaic and unmemorable.

The draw of this film is its mythical heroes. But these characters are so poorly developed that we rarely feel any sense of awe or reverence towards them. And their dialogues are ordinary run-of-the-mill stuff.

While the chemistry between the characters abound, they seem jaded and lack energy, especially that of Batman and Superman. Wonder Woman has her moments of onscreen glory, starting from the initial bank robbery where she saves the hostages.

It is the new lot that show some degree of promise. Aquaman is a gruff, shaggy, tattooed loner embodied by Jason Momoa. He is charismatic as the wild man who can survive under water and his performance works better than the character. Ray Fisher is less affecting as Cyborg who can open any locked device or technological obstacle.

Ezra Miller as Flash is the best part of the film by default. He perks his performance with stars-in-his-eyes and an ecstatic humane touch that makes him likeable. His is the only character with anything resembling an arc. His interaction with his dad at the prison and then getting a job are the best examples of a character arc in the film.

As for the antagonist, the 12-foot-tall computer generated Steppenwolf, voiced by Cirian Hinds, lacks a personality and is thus a severe liability. He seems like a demigod picked up from some ancient video game. His entire character design is anything but appealing.

The action sequences accompanied by the heavy-duty background score are just as lacklustre as the rest of the film. There is nothing that is different in the third act nor does the climax require them to do anything different, so the League's victory as a team feels perfunctory and arbitrary.

On the technical front, the film is stylistically mounted with an exception of some computer generated images which seem incomplete and unpolished.

Overall, the film is not bad but it is definitely tedious to watch.