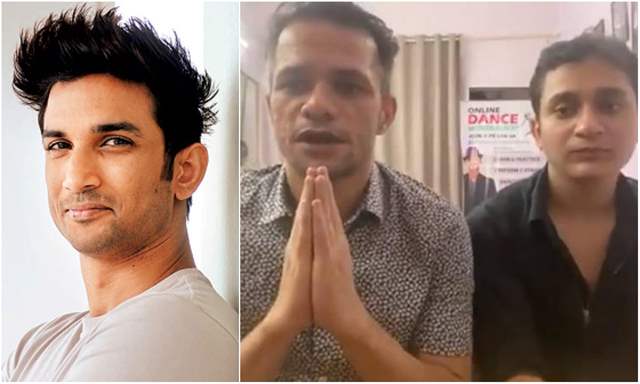 Bollywood actor Sushant Singh Rajput died on June 14 2020, and while at first it looked like a suicide, three big agencies including the CBI, ED and the NCB are now probing the case.

It was a big win when Central Bureau of Investigation took over Sushant's case, however, there has been no major update in the proceedings of the case. The NCB is doing a good job in probing the drug nexus, however,  the actor's family and friends demand answers in the death probe.

Furious over the 'delay', Sushant's friend Ganesh Hiwarkar and former staff Ankit Acharya have decided to go on a hunger strike on October 2, Gandhi Jayanti.

Sushant's friend and ex staffer are planning a 3 days hunger strike starting from October 2 2020.  Republic Media quoted Ganesh Hiwarkar saying, “I and Ankit will start a symbolic hunger strike on October 2 for Sushant’s case. We want an update from CBI and don’t want the case to be diverted in any other direction. We have been asking for justice for Sushant’s murder case since day one. However, there has not been update from CBI. NCB is doing its job and found the drugs connection, which is a good thing and even ED is doing its job."

Hiwarkar also shares that if the Delhi Police gives the required permissions, the two men will like to stage the hunger strike at Gandhiji’s samadhi. "And if we don't get the permissions, we might come to Mumbai if we get permission from police and do it in front of the DRDO guesthouse or maybe at our own homes," he continued.

Ganesh Hiwarkar was one of Sushant's first friends in Mumbai, while Ankit Acharya used to live with SSR at his apartment as an assistant.

Further, Ganesh stated, "CBI, please give us updates. Would request people and media to support us, and to people, I would say even you can do it and make this campaign successful."

Few days ago, in a press conference, Sushant's lawyer had questioned the CBI and claimed that a doctor of the AIIMS team claimed that the pictures of Sushant's body indicated '200 per cent' that the actor had died of strangulation and not hanging.

However, the AIIMS team rejected any such claims.