View Profile
Amongst all that has been revealed, the bubbly and fun-loving Juhi Chawla still has a secret pool of hidden 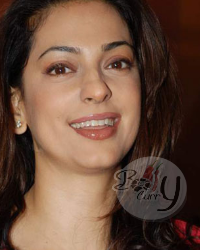 talents! In addition to being passionate about acting, the fabulous actress loves to dabble in many different hobbies.


Juhi is currently busy with her new found love. Who, you may wonder. Well, it's not who you should be asking but what. Apparently, Juhi always wished to learn the fine tunings of music but due to her hectic schedules, she had to put the aspiration on the back shelf. However, now the actress has found a little time on her hands, she has finally decided to pursue her long lost passion towards music.

According to Juhi, music is food for the soul and she makes sure to practices every now and then by taking out time from her busy lifestyle. Having displayed her vocal talents at an award show hosted by herself a few years ago, we say the actress is already half there!

So folks, in the coming days, do not be too astonished if you find Juhi's audio albums in stores near you! Meanwhile, BollyCurry wishes her all the best for the new venture.