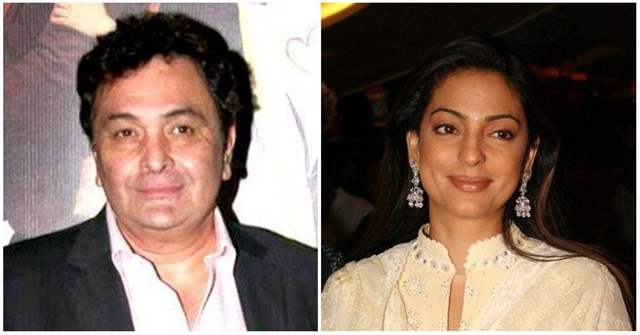 In the 1990s, Bollywood actress Juhi Chawla worked with Rishi Kapoor on a number of projects, but it was during the shoot of their most recent film, 'Sharmaji Namkeen,' that the actor claims she saw the veteran's brilliance in springing up moving performances while remaining unconcerned about his craft.

The actress is currently preparing for her new film, 'Sharmaji Namkeen.' The actress recently discussed her final collaboration with Rishi Kapoor. She described how it was both enjoyable and upsetting.

When asked about her favourite recollection of the late actor, Juhi reminisced about how many she had throughout the course of her career. He was often scolding her on set, according to the actress. When he scolded her, she would burst out laughing.

Rishi had screamed at Juhi once for staring at the director's monitor, she revealed. Chintu ji was effortless and shining in his takes, according to the actress, while she was standing in front of him and suffering with hers. She was concerned about not being able to match Rishi's impressive shots.

As a result, the the actress kept running to the monitor to check out how her scene had turned out. The late experienced actor chastised her, telling her that the monitor was not designed for performers and that she should quit acting insecurely. Juhi, on the other hand, stated that she would laugh and still go to the monitor.

After Rishi’s untimely demise, the makers of the film roped in Paresh Rawal to finish the movie. They, however, kept the parts shot by Kapoor intact. The film is slated to release on an OTT platform.