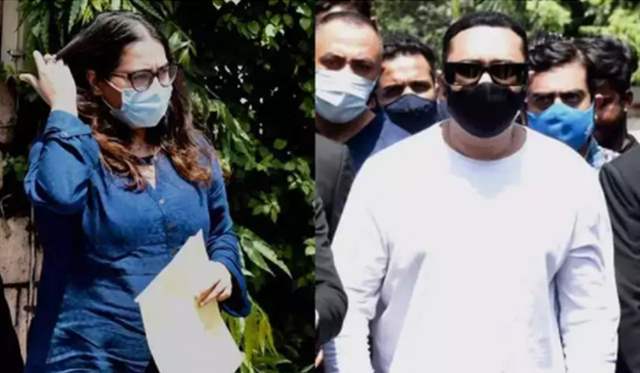 It was only a while ago when we reported how singer and rapper Yo Yo Honey Singh's wife Shalini Talwar has gone ahead to file a case under the Section 12 of the Protection of Women from Domestic Violence Act seeking protection and other reliefs. Furthermore, on August 3, the Tis Hazari Court passed an interim order in favour of Shalini Talwar, restraining Honey Singh from disposing off his jointly owned property, his wife's stridhan, etc.

Talwar, in her complaint against husband, Honey Singh aka Hirdesh Singh, her mother-in-law Bhupinder Kaur, and her father-in-law Sarabjit Singh, has claimed she was driven out of the singer's home.

This Friday, Singh appeared before Tis Hazari Court for the hearing for the domestic violence case filed against him by his wife Shalini Talwar.

Sandeep Kapur, senior advocate who appeared for Talwar, told ETimes, “Honey Singh and his parents appeared before the court on Friday. One interim relief was granted and on Sunday, Shalini Talwar will go to their house to collect all her belongings, and lawyers can be present. The other two interim relief will be discussed in the next hearing which is for the house for Shalini Talwar and her interim compensation.”

Metropolitan Magistrate Tania Singh called Singh and Talwar to her chamber and counselled them. Kapur says, “The judge was trying to see if there is a chance of reconciliation or not because she has given them counseling in the chamber and has asked both of them to think about it.”

Singh also moved an application seeking that the domestic violence case filed against him by his wife be heard in-camera. Talwar has filed a case under Section 12 of the Protection of Women from Domestic Violence Act, seeking protection and other reliefs. On August 3, the Tis Hazari Court passed an interim order in favour of Talwar, restraining Singh from disposing of his jointly owned property, his wife’s stridhan (the gifts, movable and immovable like property, received by a woman in her lifetime, as per Hindu law), etc.

The next hearing is scheduled for September 28.