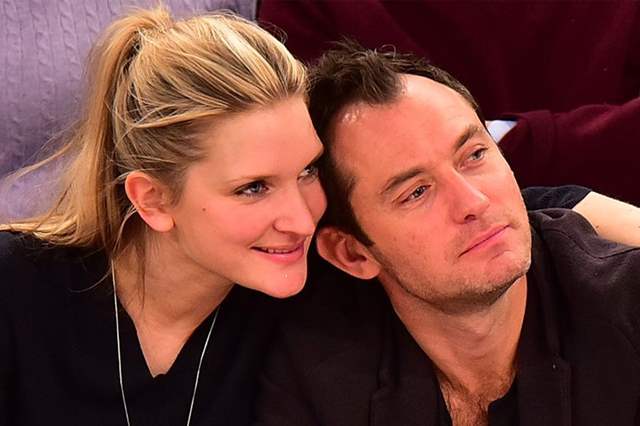 It is official. Actor Jude Law and wife Phillipa Coan have now been blessed with their first baby, and this will be Law's sixth.

“I had a baby,” the actor, 47, told Jimmy Fallon when asked about his quarantine activities. “So there you go.”

The Tonight Show Starring Jimmy Fallon host, 45, replied, “Buried the lede, buried the lede on that one. Congrats, dad! That’s awesome.”News broke in May that the Sherlock Holmes star had a little one on the way when the psychologist, 32, revealed her baby bump.

The baby news came one year after the actor married Coan in central London after four years of dating.

Law first wed Sadie Frost in September 1997 after meeting the actress, 54, on the film Shopping. The former couple welcomed three children together — Rafferty, 23, Iris, 19, and Rudy, 17 — before calling it quits in October 2003. Law and Sienna Miller met while filming Alfie in 2003 and got engaged the following year. They broke things off after the England native had an affair with his kids’ nanny, but then rekindled their romance in 2009. The exes officially ended their relationship in 2011.

Between their first breakup and reunion, the Golden Globe nominee went on to welcome Sophia, now 10, with Samantha Burke. He and Catherine Harding’s daughter, Ada, now 5, was born in 2015.