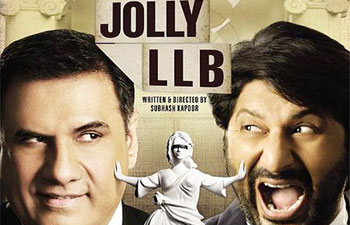 Arshad Warsi-starrer "Jolly LLB", a successful courtroom drama, will soon be remade in Tamil. The remake, which will be helmed by I. Ahmed, will feature actor-politician Udhayanidhi Stalin in the lead.

"It's true that I'm playing the lead in the Tamil remake of 'Jolly LLB'. We start shooting from August 20," Udhayanidhi told IANS.

The rest of the cast for the yet-untitled remake will be finalised soon.

Ahmed and Udhayanidhi were supposed to start working on Tamil romantic-drama "Idhayam Murali".