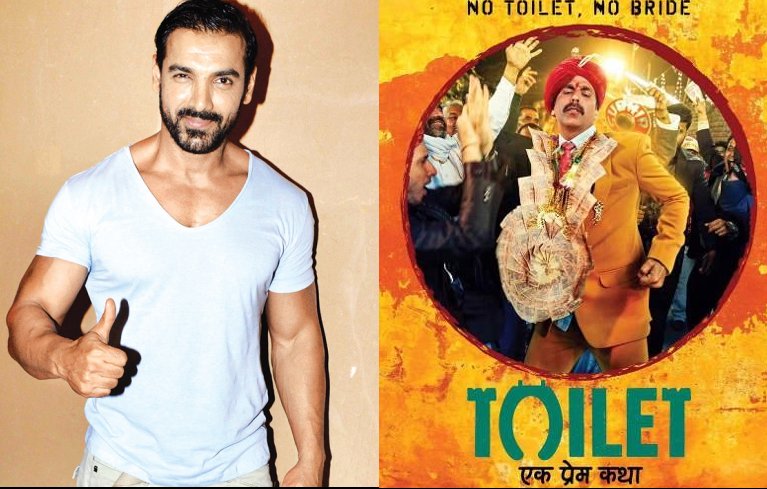 John, currently shooting for "Parmanu", took to Twitter on Sunday to wish luck to Akshay and his team.


Akshay and John have worked together in films like "Garam Masala", "Desi Boyz" and "Housefull 2".

"Toilet: Ek Prem Katha" is directed by Narayan Singh. It will reportedly have Prime Minister Narendra Modi's Swachh Bharat Abhiyan campaign as its base subject and has a satirical flavour within a love story.

The film highlights the importance of sanitation in India, with emphasis on the reduction of open defecation in public areas, especially in rural areas.