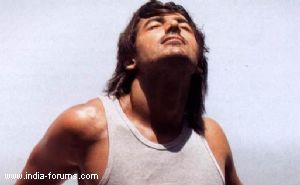 John, who is geared up for the release of his action-packed film 'Force', walked away with the title after getting maximum audience votes.