View Profile
Following the blockbuster success that was My Name Is Khan, we haven't really heard much from Karan Johar in 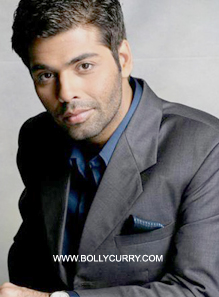 terms of forthcoming projects. However, the director has divulged that he is busy with preparations for his next flick, titled Student of the Year.

Whilst the first look was revealed all the way back in January, the script had not been finalised at that point and Karan found himself facing a writer's block for many months after penning just a page!

But apparently it was when Rensil D'Silva - director of the Saif-Kareena thriller Kurbaan - came on board that Johar was able to complete the script to his satisfaction. The decision has been made to shoot most of the movie in India with the possibility of some scenes being relocated to a European Resort.

For the cast, Johar has decided to move away from his usual stars and has instead chosen to take newcomers on board. The female lead will be portrayed by Alia Bhatt, daughter of Mahesh Bhatt who has already been linked to Varun Dhawan - her co-star for the upcoming movie as well as son of veteran director Dawid Dhawan. The third actor to join the cast is aspiring model Siddharth Malhotra who assisted Johar during My Name is Khan.

Karan has stated that he was looking for something a little fun-filled after the emotionally exhausting My Name is Khan and hence his decision to settle on a light-hearted musical. Currently, shooting is set to start on 16th of August with the first scene rumoured to be a wedding song in true Johar style!

Here's wishing KJo all the best, and that in spite of not casting his heads of class, scores high marks once again with his Student of the Year!