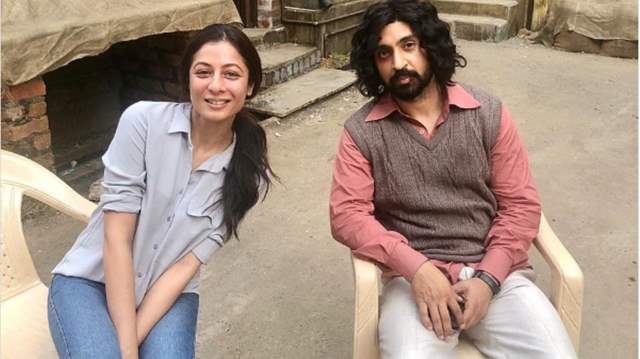 Diljit Dosanjh's most recent release Jogi, is his first Bollywood movie in nearly two years. Based on actual events from the anti-Sikh riots that occurred in the wake of Prime Minister Indira Gandhi's assassination in 1984, Jogi stars Diljit as the main protagonist, a regular man caught up in the riots. The historical drama, is all set to stream on Netflix from today.

Taking to her Instagram handle, the writer of the film Sukhmani Sadana shared a BTS picture of her with Diljit Dosanjh from the sets as the film is set to stream digitally. She also penned a hearfelt note along with it.

It read, "My film is out today guys. A project that I wrote which is very close to my heart. A story about friendship amidst the 1980’s tension in India where 3 friends of different faiths and religion help each other and many more… All credit goes to my superb director, producers and the cast of this film. Do watch and let us know how you like it 🙏 Out today.

In a recent interview, Diljit also shared his views on the subject of the film and why it needs to be put out in front of the audience. He said that it was a truly unique experience, and he believed that more tales like these should be told and heard by more people. Such tales have never been told before. One of the worst-affected neighbourhoods during the rioting was Trilokpuri in East Delhi, and Jogi fictionalises some actual incidents that happened there.

He also added that while he did not directly go and speak to anyone but  have read a lot about that time, including a lot of true instances.