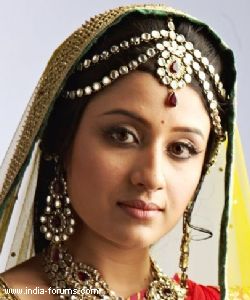 Balaji Telefilms' popular historical show Jodha Akbar on Zee TV has been appreciated a lot and has gained an applause from its viewers for depicting the love story of Jodha (Paridhi Sharma) and Akbar (Rajat Tokas) along with historical facts well in the show.

As per seen in the show it has been revealed that Ruqaiya (Lavina Tandon) has been caught for her false pregnancy. Akbar (Rajat Tokas) gets to the truth about her pregnancy and penalizes her for her act.

Shehnaaz's truth will be revealed in front of Jodha (Paridhi Sharma) and a fight will take place between the two. Shehnaaz's role in the show is very negative as she thinks that Jalal is responsible for her mother's disappearance.

Shehnaaz finds a painting of her mother, Chand Begum, which is being displayed  in the museum. She confides about the same to Ammi Jaan. She fears that Akbar is only trying to make her believe that he is trying to find Chand Begum when in fact he has captured her himself. Ammi Jaan asks her to take care of herself and suggests that maybe someone else has captured her mother but Shehnaz is adamant that its Akbar to blame and believes her mother has been jailed in Agra. So she reaches the place where her mother is present.

According to the sources, "There will be a war soon in Jodha Akbar where Jodha will stand against Shehnaz as Akbar can't hold a weapon against her and he will ask Jodha to take the step ahead and fight with Shehnaz. Jodha will be seen for the first time fighting out the battle and will be seen doing different stunts which has never seen in the show."

This track is something very new to the audience of Jodha Akbar and so it will be very interesting to see Jodha in a new avatar.

6 years ago Paridhi Sharma you are awesome as Jodha...keep rocking the show!!

+ 4
6 years ago rajat tokas ur the real action star. love u.

+ 2
6 years ago wow fighting sequences comming ahead waiting to see such scenes jodha's character is full on bang love her!

6 years ago Jodha Akbar is awesome!