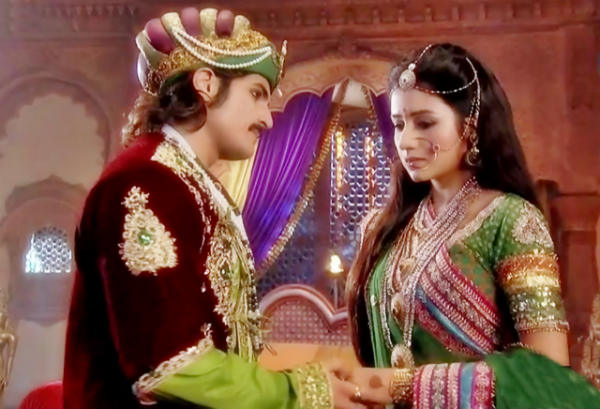 Box Cricket League (BCL) is yet to go on air but the controversies have already begun! Paridhi Sharma and Rajat Tokas who essay the roles of Jodha Akbar respectively on the small screen will be performing for the opening ceremony of BCL which is slated to go on air from 14th of December on Sony Entertainment Television.

Unfortunately, their performance on a rival channel did not go down too well with the channel on which their show is on air. Ekta Kapoor being the producer of both the shows, got the leads of Jodha Akbar to perform on BCL, but when the channel came to know about it they were not happy.

Unaware about the complications that their performance will create, the two will be seen doing romantic act. Since they performed in costumes which were resembled their on screen avatars, it created even bigger problem. However, after this incident it is said that both the actors were warned never to do it again!

+ 2
6 years ago RAJAT TOKAS, THE HOTTIE & PARIDHI SHARMA, THE BEAUTY WEAVED THEIR MAGIC ONCE AGAIN IN THE BCL INAUGURATION CEREMONY !

+ 4
6 years ago love u rajat tokas. ur performance was awsum.

+ 5
9 years ago excited for the movie:) but i'm not liking the look..Saif looks better with a messy updo..

9 years ago Can't wait till this movie! Love you Saif! I hope this movie goes above and beyond! Very excited! :)

9 years ago Looking forward to this movie Saif, hope it's fantastic, best of luck to you and Kareena!