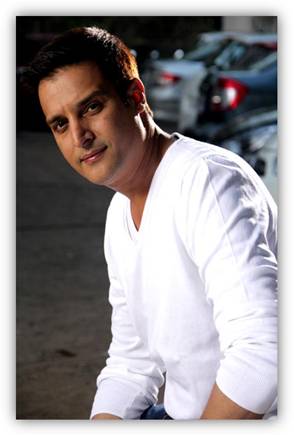 The very talented and versatile actor, Jimmy Shergill will be seen in this week's episode of Zee TV's Fear Files. The actor who has made a mark with his acting prowess both in mainstream as well as off-beat cinema, will be seen doing the video diary for the 16th February's episode of Fear Files, called 'The Halloween Night Party'.

"I'm here on Fear Files to promote my latest film - Darr @the Mall. Like the title suggests, it's a bone chilling horror movie based on a mall which is haunted by evil spirits," said the actor post the shoot.

"Fear Files I think is an ideal platform to promote horror movies. It has a loyal viewer base of people who enjoy this genre. Our movie, Darr @the Mall is pretty similar to this particular episode of Fear Files -The Halloween Night Party. Hope the viewers will enjoy the thrills and chills both on Fear Files as well as Darr @the Mall which is slated to release in theatres on Feb 21st," the actor added.

The episode revolves around a Halloween night party where everything suddenly changes when one by one, people go missing and are found dead. Initially its perceived as a prank played by a certain masked man but panic breaks and fear sets in when a bunch of friends realize that it's not a prank but something abnormal.

Darr @the Mall is based on a mall which is haunted by evil spirits. The trailer reveals that nine people have been strangely murdered in the mall. Jimmy Shergill is responsible of taking care of security arrangements of the mall for a special party being hosted in the premises.

10 years ago i love priyanka. she is a awesome actress. lol marrying 6 times!!! she'll be lucky if the groom survives the first 3!!!