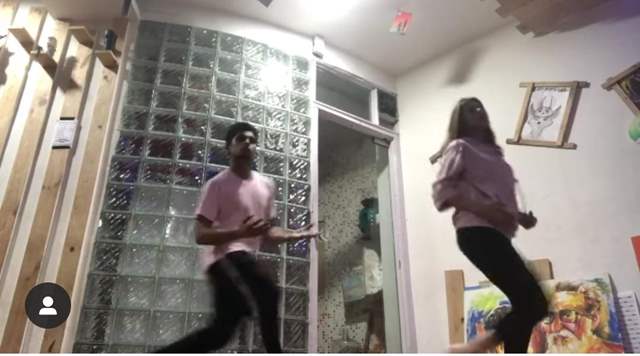 Dancing is quite the form of self-expression and while we all most definitely enjoy dancing, when we love something new, things just seem to get better thereafter. And it looks like the lockdown has seen Jennifer Winget take upon one new thing, or get back to an old thing as she did some dancing. While the actress shared a post on social media from her dance session, she also added how she wants to get back to it.

Sharing a video, she wrote, ''So a while ago, (seemingly now, almost another lifetime) I came very close to believing (and I did!!) that I really could dance after all. Thanks to @mohitantony who got my other left foot to move and groove to the beat without even ever having to twist it. Come back now, so I can make my dance comeback too.''

We most definitely love how effortless she looks while she is dancing and if she decides to get back to it, it might also mean that fans get to see some more of such videos, isn't it?

As for her work is concerned, we saw her in Bepannaah co-starring Harshad Chopda last, and she was also seen in the web series Code M, which turned out to be quite the hit with the viewers. None the less, fans have now been waiting for the actress to make an announcement about her next.

CoffeeWithChips 2 months ago BTW, IF... Her last was Beyhadh 2

CoffeeWithChips 2 months ago Oh absolutely! More of it Jen😍❤️ "I can't dance" is such a joke!!