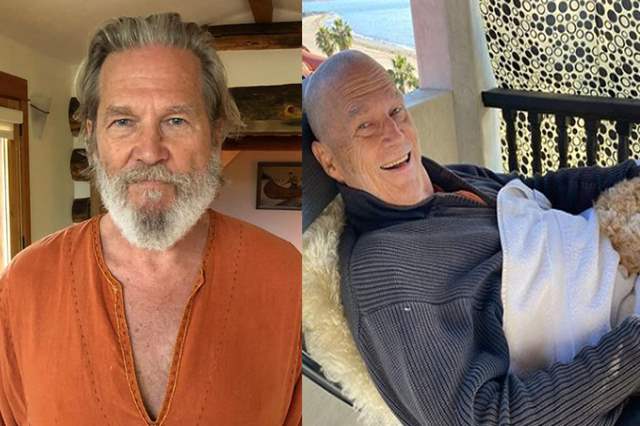 The image of actor Jeff Bridges being completely shaven both on head and face is almost impossible to get out from, given we have always loved him in his long locks and beard. Of course, none of this matters where the actor is fighting with a tumor but the good news is that he is much better now.

Bridges recently revealed that his tumor has drastically shrunk. Bridges, who announced his lymphoma diagnosis in October, shared the positive news on his website, in a post dated Jan. 6.

“I go in for a CAT scan to see if my new protocol is shrinking the tumor,” Bridges said. “Turns out it’s working beautifully. The thing has drastically shrunk.”

“I come home elated with the news,” he continued.

In December, Bridges revealed he had shaved his head and was “feeling good.”-

In the fall, Bridges also opened up about how the diagnosis made him appreciate his “morality.”

“This cancer thing is bringing on feelings of preciousness, and gratitude, and good old fashion love, and lots of it, big time,” Bridges penned at the time.

“I’m feeling so much of it comin’ my way, and man, I appreciate it. It’s contagious, all this love, like some kind of positive virus,” he continued.

Rakhi's brother on their mother having a tumor in her abdomen