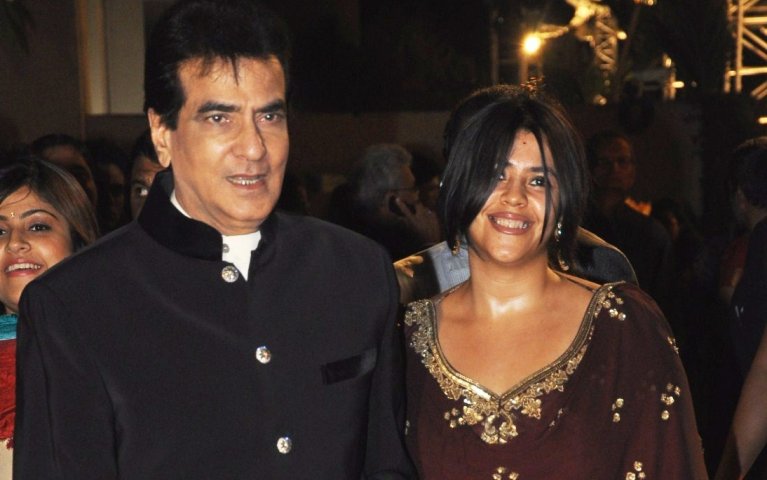 Veteran actor Jeetendra is living a relaxed life, says his daughter Ekta Kapoor, who does not want to force him back into facing the camera.

"We have asked him a lot of times to make a comeback. But there comes an age in life when you have to say to your parents, 'If you want to work then you can, but if you don't want to, then you can relax," Ekta said here on Wednesday while promoting her new show "Kundali Bhagya".

"He is very happy in his construction business. He gets a lot of time to spend with his friends. He started working at the age of 21 and still he is working. It's just that he is doing something else (other than acting).

"It's the age when we can request them to do acting, but can't force him. He is having a pretty relaxed life now. He has made over 200 films in a period of 40 years. So, now we should allow him to relax a little," she added.

Jeetendra, who celebrated his 75th birthday in April, made a special appearance in a song for the 2007 entertainer "Om Shanti Om". Otherwise, he has been away from the big screen.

Ekta Kapoor Is Unrecognizable In This Image From Her Childhood With ...