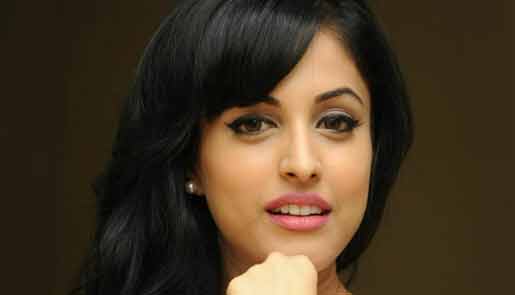 "Sanjay had seen my previous work through a video on Twitter. He liked it and asked his casting director to find out who I was and eventually I was signed on. I couldn't have asked for a better start in Bollywood. This is my dream debut," Priya told IANS.

"It's a dream project because I'm getting to act alongside several popular actors at the beginning of my career," she said.

Priya was aware "Jazbaa" is Aishwarya's comeback film and that made her really excited as well as nervous to be part of the project.

"When I was approached for the project, I knew Aishwarya was part of it. When Sanjay narrated the synopsis, that's when I came to know Irrfan Khan and Shabana Azmi are also part of the project. I was quite excited and equally nervous," she said.

"I'm just a newcomer and to act alongside such talented and legendary actors does add lot of pressure. There's lot of expectations on me now and I have to perform to prove myself. It's a do or die situation," she added.

Priya, who started shooting Tuesday, says she was not apprehensive about getting lost in an ensemble cast.

"I was aware I was being cast with powerhouse performers but since the story revolves around my character, I was never worried about not getting my due share of performance. I don't think audiences will forget my role," she said.

"Most of my scenes are with Shabana (Azmi) ma'am and I'm sure I won't go unnoticed," she said.

Priya, who's a student of Kher's acting school Actor Prepares, is conscious of acting alongside the veteran.

"Being his student, I have to act responsibly because he's also part of the film. I can already feel the pressure because he's my mentor but I'm sure I won't disappoint him," she said.

Priya may have featured in a few Telugu films but she says the experience would definitely come in handy in Bollywood.

"You have to start every film afresh, regardless of the language. My experience of facing the camera in a Telugu film will definitely help me. All the technicality of filmmaking I've learnt from Telugu filmdom will prepare me for this big project," she said.

Born and brought up in Canada, Priya says her Hindi isn't bad.

"The first question Shabana maam asked me was whether I know Hindi after she learnt I'm from Canada. My Hindi is quite good and she was taken aback when I started speaking in the language," said Priya, who considers "Jazbaa" her acid test in Bollywood.

"I hope this project opens more doors for me in Hindi industry," added the actress, who has Telugu film "Asura" up her sleeve.