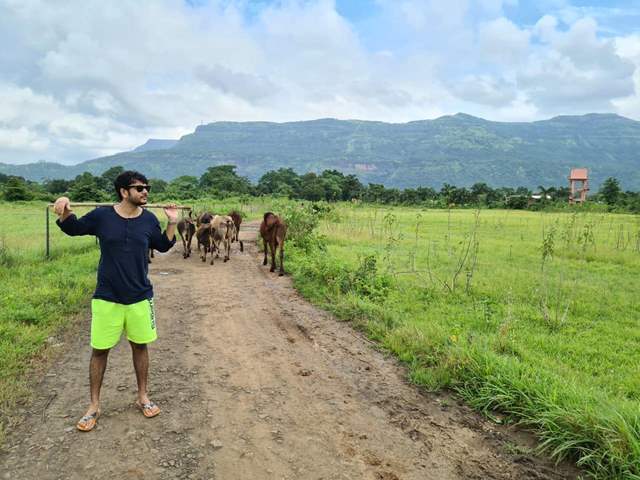 Don't we all need a break from our regular schedule and to breathe in nature? ActorJay Soni's pictures are enough to make us all crave for a weekend getaway. Jay has been on a roll after his comeback, was seen taking a break from his busy schedule and relaxing in nature in Karjat.

It seems like a much-needed break for the actor, as he has been juggling between projects for a while now.  And the actor did make the best out of it. He did share the experience of his splendid time of traveling after such a long time, " I had gone to a friend's farmhouse in Karjat, and it was a beautiful experience. It was a much-needed break. I traveled after 8 months as before the lockdown also I was shooting, so I couldn't go anywhere. And it was bliss. I enjoyed the road trip as we went by car. The farmhouse was in the middle of a jungle and nature which I was craving for. It was beautiful".

The rejuvenating pictures of him enjoying his time say it all. His videos and pictures are filled with shades of green, and the actor gave us a sneak peek into his refreshing routine on his mini-vacation, " I had seen my friend's farmhouse in pictures. He said, "let's go", and I also said, "let's go"!!

I was spending time with nature, it was a healing process for me. Outside the farmhouse, there was a flowing river, and we just sat there and chat. It was like healing as I could hear the sound of birds with so much peace around. We were doing bird spotting. My friend grows vegetables also on his farm, and we ate fresh vegetables from there only. It was a fixed routine for us every morning to sit quietly in nature. After lunch and a little time pass, we used to sit almost in the middle of the river. I also did farming as he had a tractor of his own. So it was an absolutely amazing experience".