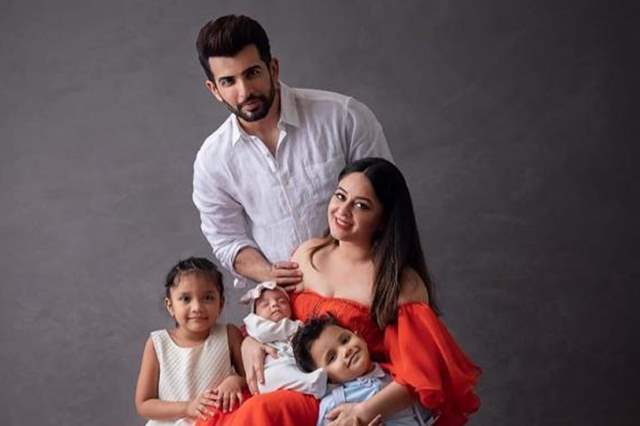 We reported over a few days ago as to how actor Jay Bhanushali became the latest entrant in the much-talked-about Khatron Ke Khiladi Reloaded. The special edition of the stunt-based reality show has been the topic to talk about for a while and now things are finally rolling as the shoot for the same will begin.

When it comes to Bhanushali, the actor is forced to take a step that he would certainly not be willing to otherwise and that is - moving out of the house for a month.

Yes! That's right. According to a report in Bombay Times, keeping in mind the safety concerns for wife Mahhi Vij, baby daughter Tara and foster kids, Khushi and Rajveer, he has to move out of the house for this stipulated amount of time. Bhanushali opened up on the same where he said, “I was reluctant about going back to shoot amid the pandemic, but there is no certainty about when things will return to normalcy. That’s when Mahhi and I decided that one of us will have to step out to work. I am in the process of packing my stuff.”

This decision though is all the more difficult for the man because, unfortunately, he will be missing out her daughter Tara's first birthday“I have never been away from my baby, so I don’t know how difficult it will be to live without her. I will be away from July 18 to August 8, and Tara will turn one on August 3. I was looking forward to celebrating her first birthday in my own little way, but I won’t be a part of it now. However, I am keeping a positive attitude. When she grows up, I will tell her how her father couldn’t be a part of her first birthday celebrations due to COVID-19 (laughs!).”

He concluded saying that he will certainly be going through a coronavirus test one the shoot for the show wraps up as he has three kids at home so he doesn't want to take any chances.