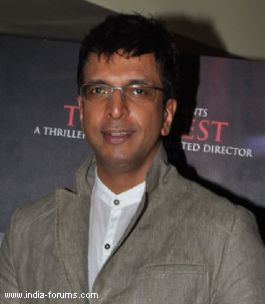 Actor-comedian-choreographer-producer Javed Jaffrey, whose dance show "Boogie Woogie" was one of the first dance reality shows on the small screen, says nowadays the focus is less on dancing skills and more on other things.

"Now the platform is there, but somewhere it becomes exploitative. They zoom in on, say the eyes of the participant or show the participant's old mother... The shows focuses on the reality part of it more than the dance. There was a lot of respect during our show," Javed told IANS.

Javed judged "Boogie Woogie", which ran for 15 years and became one of longest running dance shows, along with his brother Naved Jaffrey and actor Ravi Behl.

"We had a strong dance background and we knew what it involved and the work it required. It had a lot of soul and had a heart. It was all about giving respect to dancers and enjoying with them," he said.

He says "Boogie Woogie" takes pride in being original.

"When we started, it was an original show. It was not started as a franchise of a foreign show. There is a bias towards foreign shows. We were indigenous and rooted here," he said.

The 49-year-old, who was seen in films like "Meri Jung" and "Salaam Namaste" and produced National Award winning documentaries "Inshallah, Kashmir" and "Inshallah Football", said given a chance he would love to make a show like "Boggie Woogie" again.

+ 5
7 years ago Omgosh Boogie Woogie was the BEST!! I Grew up watching that show *sigh*

And I totally agree with Javed regarding dance shows these days!

+ 2
7 years ago Boggie Woogie was and is the best dance show on Indian television..

+ 5
7 years ago I agree about the copying of foreign shows.

But i wouldnt say that dance shows are focusing on other things.. or at least not all dance shows.

I think the positive thing of current dance shows is that they are portraying multiples forms, genres of dance are are allowing the Indian audiences to be aware of them. Dance is still shown well.

I do agree though that Indian TV needs to be more original in their platforms like Boogie Woogie was back in the day and they also need to stop hyping things and making it all about audience votes, and numbers, and what not..

dance should be dance and only dance.. and judged by the BEST of the best and shouldnt be made into grand affairs for show and money.

7 years ago Can't agree more with JJ. Boogie Woogie was all about dance and dancers. It was the first platform for most of the emerging dancers of India. The comic interaction in between the dances were entertaining, but didn't use to overshadow the main theme of the show, which was dance. Hope Sony TV brings Boogie Woogie back. I still watch it online on youtube.

+ 3
7 years ago Oh man, I grew up on Boogie Woogie...loved that show and there hasn't been a dance show like it since. All the new ones are good but there's too much focus on the people rather than the actual dance...not to mention, Boogie Woogie was just perfect in it's hosts and the people who danced on it etc...loved it...

+ 4
7 years ago He's totally right and Boogie Woogie remains the original pioneer of dance shows on Indian TV...pretty much all the participants that have since made it big in other reality shows have participated in BW at one point or the other...this show was the first show to give that kind of platform to dancers. I wish they would bring BW back but I guess these days shows are all about glamour rather than real dancing and BW will be lost in the crowd. Sad.

7 years ago Thank you for putting it out loud and clear. These days i get bored with so called dancing shows and fail to understand where they are taking it.
We too miss Boogie Woogie and hope some day such genuine show returns on tv!

7 years ago Totally agree.The shows like JDJ has more drama than Dance. And I also feel that colors channel actors r promoted thru that show