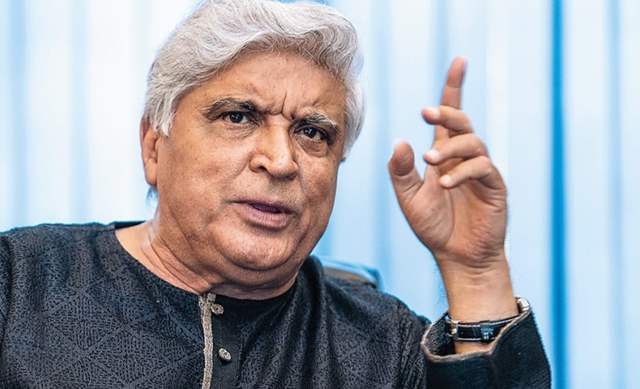 Film writer and lyricist Javed Akhtar is furious over the Taliban's new decree.

Let us tell you that Javed Akhtar keeps commenting on the condition of women after the arrival of Taliban in Afghanistan.

He tweeted on the new environment being created for women in Afghanistan and expressed hope for all important Islamic organizations to raise their voice against it.

In fact, the mayor of Kabul in his new decree has asked all the working women of the city to stay at home.

On which lyricist and screenwriter Javed Akhtar has expressed his dissatisfaction. He has appealed to all Muslim bodies to collectively condemn the order.

'Aljazeera reports that the Mayor of Kabul has ordered all working women to stay at home. I hope all important Muslim bodies will condemn it, because it is being done in the name of their religion, where are all those who were raising slogans in defense of triple talaq till yesterday'.

After the formation of the new government in Afghanistan, the difficulties for women are increasing continuously.

The Acting Mayor of Kabul, Hamdullah Nomani, has issued a decree that all the women who were working in different departments of the city should now stay at home.

There were three thousand employees working in the municipality in Kabul. One third of them were women.

Now after this new decree, all women are forced to leave their jobs.

Javed Akhtar had earlier criticized the Taliban fiercely. Javed Akhtar was also furious over the statement made by Taliban spokesman Syed Zakirullah about women that they cannot be ministers and should only give birth. On this Javed Akhtar said that,

'every civilized person, every democratic government, every civilized society in the world should refuse to recognize Taliban. Everyone should condemn the Taliban for the brutal repression of Afghan women'.

Let us tell you that since the arrival of the Taliban, women's freedom has been banned in Afghanistan. Every day the Taliban is issuing new decrees regarding women.