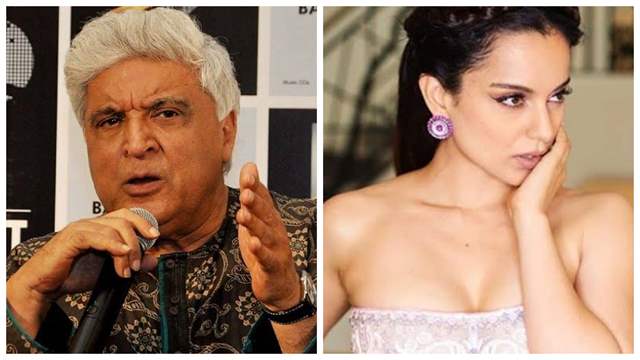 Bollywood lyricist-writer Javed Akhtar has finally broken his silence against the allegations levelled against him by actress Kangana Ranaut.

In response to Ranaut’s allegations of threatening her to apologise to Hrithik Roshan, Javed Akhtar has reportedly filed a defamation case against the actress.

According to a SpotboyE report, a source informs that no such threat was issued to Kangana and the source was quoted saying,

“Javed Saab  is by nature very tolerant. But this was going on for too long. Remedial action had to be taken. Javed Saab has filed  an elaborate  defamation case against Kangana.”

Reportedly, the case is now open in court and the lyricist is adamant on fighting the legal battle and not having an out-of-court settlement.

For the unaware, Kangana, at several instances, had accused Akhtar of ‘threatening’ her and that he forced her to apologise to ex flame Hrithik Roshan.

Her sister Rangoli Chandel had also shared on Twitter, “Javed Akhtar ji called Kangana home and intimidated her threatened her to say sorry to Hrithik, Mahesh Bhatt threw chappal on her cos she refused to play a suicide bomber, they call PM Facist, chacha ji aap dono kya ho?”

Meanwhile, yet another legal trouble has surrounded Kangana Ranaut as the Mumbai Police has summoned her and her sister, asking them to appear before the cops on November 10, 2020 after an FIR was filed against them over social media posts.