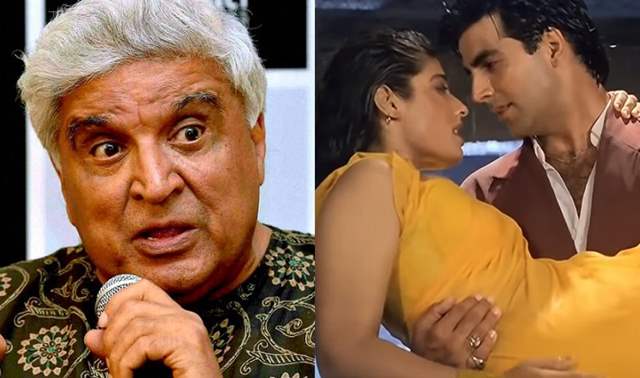 Remakes of classic and popular old songs are currently in trend. Since, few years we have witnessed remakes of many popular songs in Rohit Shetty films. Be it the song 'Neend Churayee Meri' in the fouth installment of the Golmaal franchise- Golmaal Again (2017) or 'Aankh Marey' in Simmba last year. Now, for his upcoming directorial - Sooryavanshi, the most poular song of 90s 'Tip Tip Barsaa Pani' is all set to be reprised.

Actor Akshay Kumar took to his Twitter handle and shared the anouncement of the same. He wrote, "I would've definitely been disappointed if any other actor would've recreated Tip Tip Barsa Paani, a song which has been synonymous with me & my career & I can't thank Ratan Jain ji enough. At times like these you realize, we may have come a long way but we also go back a long way."

While, many members and fans of the tinsel town appreciated the idea; the noteable Indian lyricist and writer Javed Akhtar was totally against it.

As per a report in the Asian Age, Akhtar lashed out at the copyright infringement and has said, "This has to stop. And I've taken legal recourse in the past. I had sent legal notices to the people responsible for doing this to the song Ghar Se Nikalte Hi from the film Papa Kehte Hai. Unfortunately, Anand Bakshi sahib (who wrote Tip Tip Barsa Paani) is not around any more to protest against this kind of desecration. Today, they change the lyrics of well-known songs. What is to stop them from changing the lyrics of Ae Mere Watan Ke Logon, the patriotic classic that has the nation weeping? It may make us weep in another way altogether if, God forbid, they decide that poet Pradeep's immortal lines need updating and revalidation. This is sheer vandalism."

For the unversed, 'Tip Tip Barsaa Pani' is a popular and sensous song from the 1994 film Mohraa which featured Akshay Kumar and Raveena Tandon in the lead role.