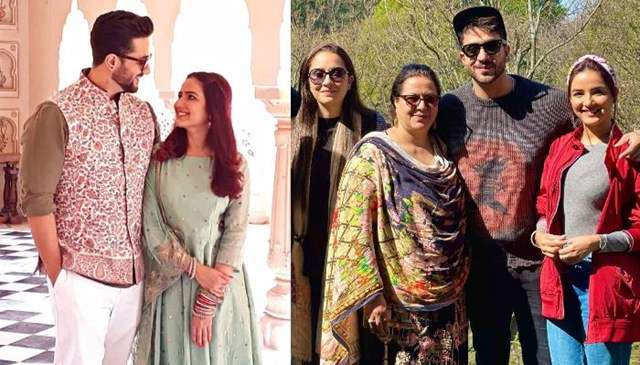 Jasmin Bhasin and Aly Goni have been in the news ever since the release of their latest music video, Tu Bhi Sataya Jayega. The two have been receiving a lot of love for their music video and it has managed to trend for quite some time now. The two are currently in Jammu and spending their time together. Recently, Jasmin spoke about the same in an interview with ETimes TV.

About spending time with Aly and the family during the month of Ramzan, Jasmin quipped how it is always fun to be around people you love, especially during a time when people are spending time alone and suffering from loneliness due to the pandemic. The actress added how she feels they made the right decision to come to Jammu to Aly's family and hence, they don't have to put up with loneliness. The actress also mentioned that she feels fortunate and nothing less than a blessing to be able to around their loved one during such tough times.

She spoke about the equation with Aly's family and said how the two have not met yesterday and she has known Aly's family for the last three years, which is why there are no formalities between them. She mentioned how none of them have to pretend and they have always been friends around them too. She said that his family is cool and chilled out and added how she has fun around them. She mentioned how something that makes her the most comfortable is the vibes that the people have as they are all positive and full of energy.

Among other things, she also answered if things have changed between the two and added how they thought it would be a new chapter for the two when they came together, however, everything is the same and nothing has changed, including the chemistry, the fights, the leg-pulling, and so it is all cool.