You are here :
Advertisement
OVERVIEW ABOUT CAST FORUM
92
ARTICLES
7
VIDEOS 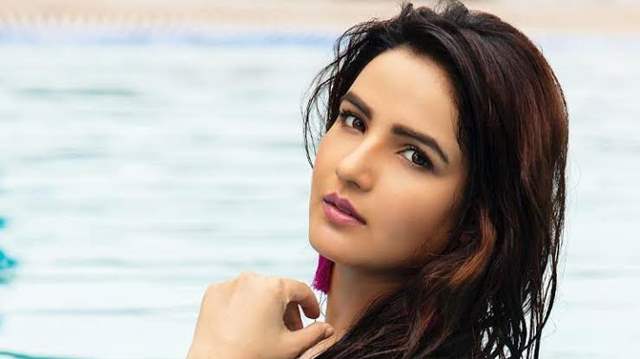 It is no secret as to how actor Jasmin Bhasin is currently one of the most beautiful and desirable actors in the industry and her list of work so far also proves all the more that she is indeed a fine actor too.

Having recently exited Naagin 4, in an interview with Pinkvilla, Bhasin went on to talk about how she has immense self-doubt while growing up and felt like an 'ugly duckling.'

Bhasin said, "Acting was never planned. I happened to do an ad which was hugely publicised. After that, I got an offer for a South Indian movie and I thought this is destiny calling. I spoke to my parents and they were petty supportive."  She also said that while she did face a lot of rejections in the industry, it did not really affect her too much as, during her growing up days, she said, “I felt like an ugly duckling.” However, she finally embraced and flaunted it when she started getting offers.

Aradhana Sharma Recalls Shivering while Performing her scene ...
9 minutes ago

Katrina Kaif shares a fun throwback photo from the sets as ...
19 minutes ago

Prachi Tehlan & Rohit Saroha to get Married today; Check out ...
an hour ago

Ananya Panday and Ishaan Khatter starrer Khaali Peeli to ...
an hour ago

Sumeet Vyas is all set to play Yudhveer Singh in ALTBalaji ...
an hour ago

Sushant's sister Shweta Writes 'Be careful who you mess ...
2 hours ago

Sidharth Sagar Re-unites with Parents after two years!
2 hours ago

Rhea Chakraborty Records her statements at ED’s office in ...
2 hours ago

Siddharth Pithani opens up about Missing Pages from ...
2 hours ago

Rhea Chakraborty Hides her Face, Gets Mobbed as she Arrives ...
3 hours ago
View More
TOP