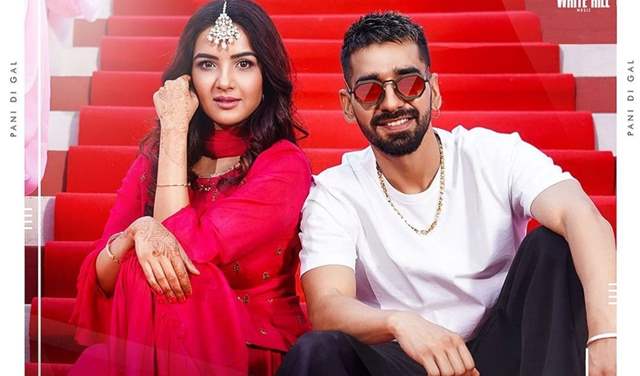 Actor Jasmin Bhasin was undoubtedly one of the most popular contestants in Bigg Boss 14 and while her stint and actions had a mixed response, she continues to be loved by millions.

Since her exit from the show, Bhasin has been on an absolute roll and has starred in multiple music videos already. And now another one of the actor's video recently came out in the form of Pani Di Gal.

The song is performed by Maninder Bhuttar who also features in the video alongside Bhasin while the female vocals are sung by Asees Kaur and the music is provided by MixSingh.

These days, we have seen multiple music videos and there is a pattern to them with barely any differences. You have flashy and glitzy looks and clothes with the performers looking at the camera while they sing and dance. But in Pani Di Gal, a different route is being taken and a story is being told by between a simple Punjabi girl and a simple Punjabi guy.

Bhasin looks absolutely beautiful in her Indian attire and all three of her looks in the video are equally resplendent. Given that she naturally is Punjabi helps the cause and this story of a possessive yet lovable girl and the guy she loves ends up being a sweet one.

Bhasin already had two videos out and given her social media posts recently, she has another one coming soon too where she plays a 'desi kudi.' We certainly cannot for that too.