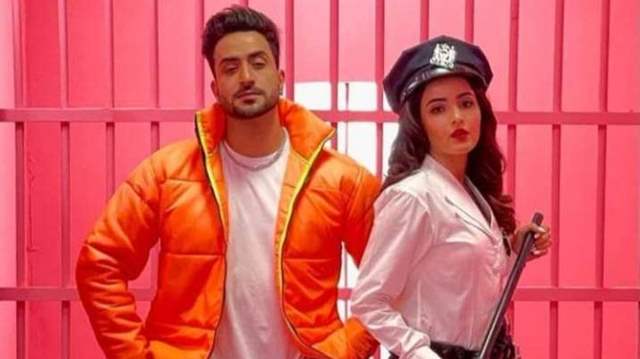 Bigg Boss 14 duo Jasmin Bhasin and Aly Goni collaborated for a music video for the very first time post their stints in reality shows. Titled Tera Suit, the music video sees both of them in a rather fun avatar as Tony Kakkar takes to the singer's role for yet another music video.

Jasmin told IANS that anything she does with Aly is going to be really special. She added how post her journey, she has become positive and she wanted the same to reflect on screen. She mentioned how fans have given them a lot of love and she wishes to give it back to them through the video. She added further how she feels that people will play it during Holi very often.

She has nice things to say about Tony as well and mentioned how it was fun working with him and she also mentioned that she always wondered how Aly would be as a co-star and now that she worked with him, she knows he is an amazing co-star and it cannot get better than him.

She added further, "After reality shows, this is our first collaboration and Jasmin's first music video with me. I am very happy. I have always loved Tony bhai's songs and 'Tera Suit' is a party anthem. Our fans wanted to see us together post 'Bigg Boss', and we just hope they love the song."

The song has been trending on Twitter and across social media already with fans showering the duo with a lot of love.