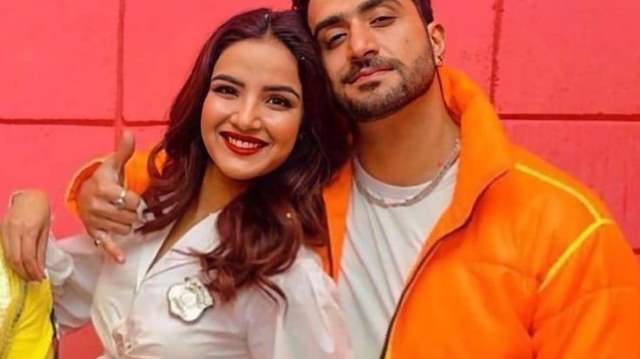 Bigg Boss 14 contestants Jasmin Bhasin and Aly Goni had a remarkable stint in the show and while they both have had amazing journeys, they also found love in each other. For the longest time, the duo has been friends and it was during the show that they understood their love for each other and also confessed their feelings.

Soon after the show, they both took the internet by storm with their adorable photos and videos on social media. And then, they did their first project together, a music video, titled Tera Suit. And now, they both have wrapped up the shoot for yet another music video, the details of which are yet to be out.

However, as the duo was snapped at the airport today and they revealed that it is a song by Vishal Mishra. Aly further mentioned how he is also his favourite singer and he often listens to his songs. Meanwhile, when asked if this will be different from the earlier video, Jasmin revealed that this is almost the opposite and that the look and feel and the vibe is completely different.

Fans have been rooting for JasLy for a long time now and we bet they'd be glad to have an update!