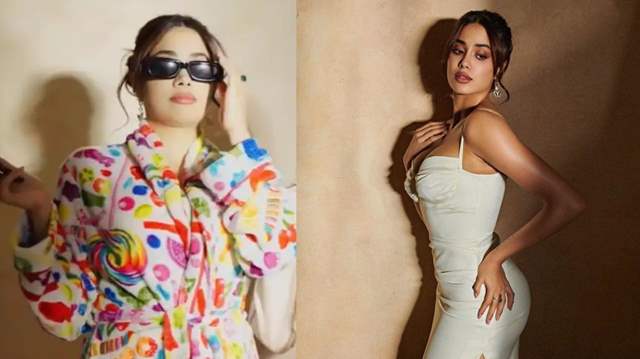 Janhvi Kapoor enjoys engaging her followers in her everyday activities. She often posts pictures of her daily life as well as her work on Instagram. A few hours ago, she shared a bunch of pictures of herself sporting a white bodycon dress, and it goes without saying that the Dhadak actress set social media ablaze with her scintillating look. Everything about her looked flawless, including her hair and makeup.

Janhvi once again stunned her fans as she shared a transition video with her BFF switching from her nightwear to her party fit.

In the video, Janhvi and her friend are seen sporting their bath robes and at no time do they appear all stunning. Janhvi was seen sporting the same white bodycon dress with a sexy ponytail.

Janhvi Kapoor has turned out to be a fashionista in the past few days and her sartorial choices and bold photoshoots have made fans go gaga over her. The actress knows how to pull it off all, from desi ethnic looks to sparkling party looks.

Talking about her professional engagements, the actress was last seen in the film Good Luck Jerry. She was highly lauded for her immaculate performance in the movie. She recently wrapped the filming of Nitesh Tiwari's 'Bawaal' in Poland with Varun Dhawan. The two have been sharing numerous BTS pictures and video's from the sets as well as offsets to keep the fans more intrigued about the film.

Apart from this, she will also be part of 'Mr. and Mrs. Mahi' alongside Rajkummar Rao.