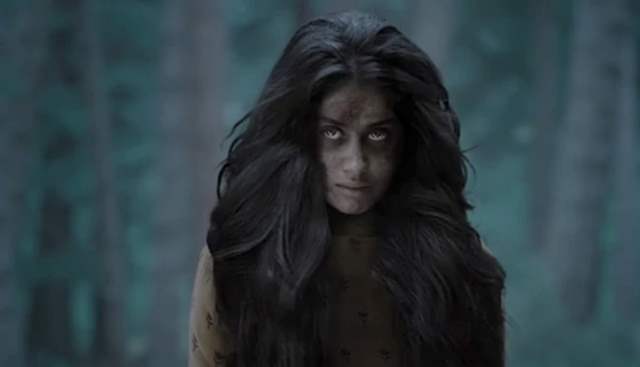 The upcoming horror comedy sees Janhvi play an innocent belle with a dark spirit stuck inside her. Fans are wondering how the actress managed to be devilish yet dazzling in her paranormal avatar.

Janhvi is said to have spent over two hours with her makeup team every day to become the ghostly character. There were days when she sat dawn to afternoon decked up in heavy prosthetics, awaiting her shot. Although quite a taxing journey, the magic did work wonders in the end, turning the simple and serene Roohi into an enchantingly eerie spirit.

We did multiple look tests to arrive at a combination of prosthetics and VFX to create the look for Janhvi. What really surprised me was the switch that Janhvi would make as soon as prosthetics would come on her and her whole body language and her voice would change to that of her witch character. I also want to mention here the immense contribution of Nikita Kapoor our prosthetic artist and the fabulous team of Red Chillies VFX who have painstakingly put this look together throughout the film.

Sources close to the crew also reveal that as many as ten different options were considered before zeroing down on Ms. Kapoor’s final appearance. If reactions to the trailer are anything to go by, Roohi is ready to roar into cinemas with a double dhamaka.