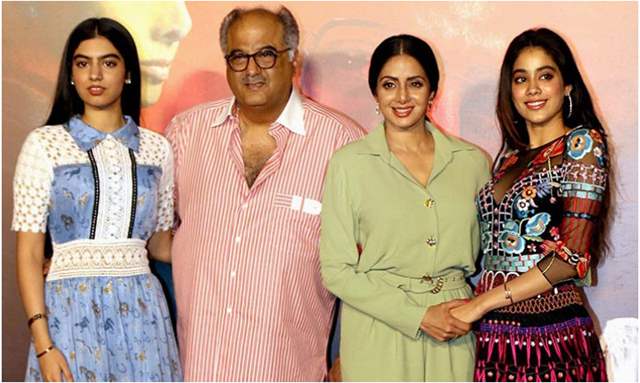 Despite making a successful debut with Dhadak alongside Ishaan Khatter, actress Janhvi Kapoor has been under constant scrutiny for being a starkid. The 24-year-old holds a filmy background and considering her family’s lineage, she has a reputation to maintain.

During a recent interview with Deadline, Janhvi opened up about the pressure she faces. Janhvi Kapoor is the daughter of Sridevi - the first female actress to have earned the tag of being a superstar and the renowned Indian film producer - Boney Kapoor.

So far, Janhvi has impressed the audience with her versatility and performance. In a career span of four years, the actress has proved herself to hold a wide acting range as she has successfully performed challenging roles. In her last film - Gunjan Saxena: The Kargil Girl, Janhvi was seen portraying the character of Flight lieutenant Gunjan Saxena who made history during the Kargil war in 1999.

"There are a lot of comparisons and expectations but there’s also a lot of goodwill,” said Janhvi as she reflected on the challenges she has faced and views the family's film lineage as an incredible blessing.

There are two sides to every coin and you have to make of it what you can.