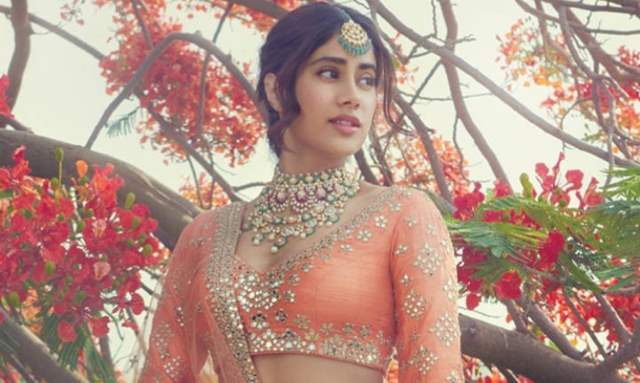 Janhvi shared her idea of a dream wedding and from the looks of it, she already has everything planned right from the décor to the venues and even a fun bachelorette. The Roohi actress mentioned that she wants a simple wedding and also shared where she would like to have her bachelorette party, marriage and Mehendi and sangeet ceremonies.

Surprisingly, Janhvi Kapoor said that her wedding has to be 'simple and basic'. The actress revealed that she wants to wrap up her marriage in two days and wondered if a reception was really necessary.

Speaking to Peacock Magazine, Janhvi shared that she wants to have her bachelorette party in Capri in Southern Italy on a yacht. She would prefer the wedding at Tirupati and would have her Mehendi and sangeet ceremony at Sridevi's ancestral home in Mylapore.

She said, "Is a reception necessary? No na? Screw the reception." She added that her wedding decor will be "traditional but simple, full of mogras and candles." She also said that she is not very good at decor and would like her wedding to be a short affair. "Two days mein I'll niptao it," she said. When it comes to bridesmaids, she would want to involve her younger sister Khushi Kapoor, her half-sister Ansuhla Kapoor and best friend Tanisha Santoshi.

Janhvi Kapoor has been making it big in the film industry with her powerful performances and top-notch project selections. The 24-year-old actress who made her debut with Dhadak is currently ruling million hearts and her professional life keeps creating buzz all the time.

Meanwhile, on the work front, Janhvi Kapoor has an interesting line-up of projects which include, Dostana 2 and Aanand L Rai's Good Luck Jerry. Apart from that, she will also be seen in the Hindi remake of the Malayalam thriller titled Helen.