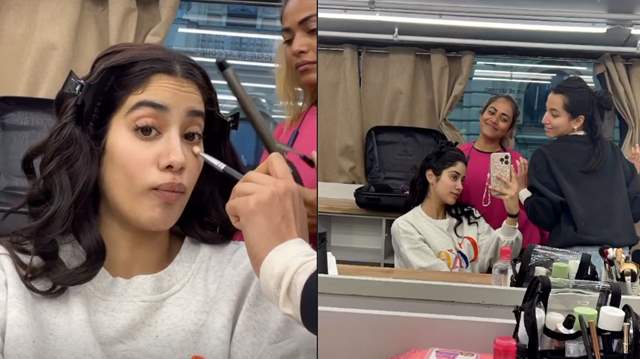 The team of Bawaal have caused a stir on social media since they began their overseas shoot. Over the past few days, social media has been flooded with pictures and videos of Varun Dhawan and Janhvi Kapoor along with others as they filmed in Amsterdam.

As of now, the team is filming in Poland and today marks the 45th day of their shoot. Janhvi Kapoor who appears to be in a chirpy mood today, took to her Instagram handle and shared a series of videos followed by a mirror selfie from her green room.

In the videos, Janhvi offered fans a basic step by step face makeup tutorial as the artists did her hair and makeup. Staring with moisturising she also quipped about how she has been gorging on to ice-creams and needs her face to be contoured. 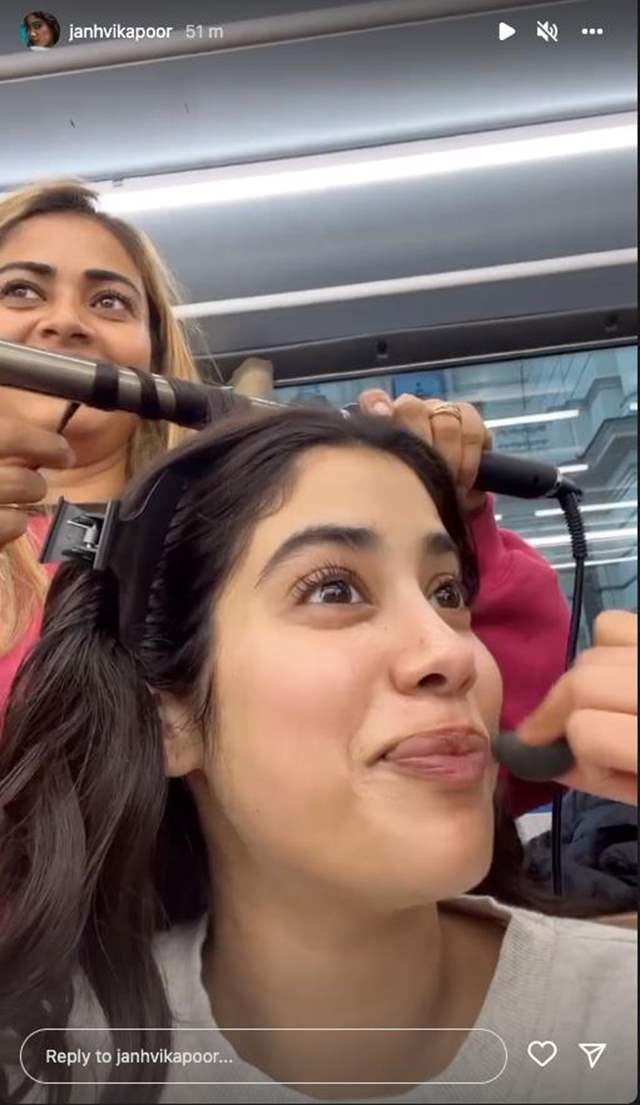 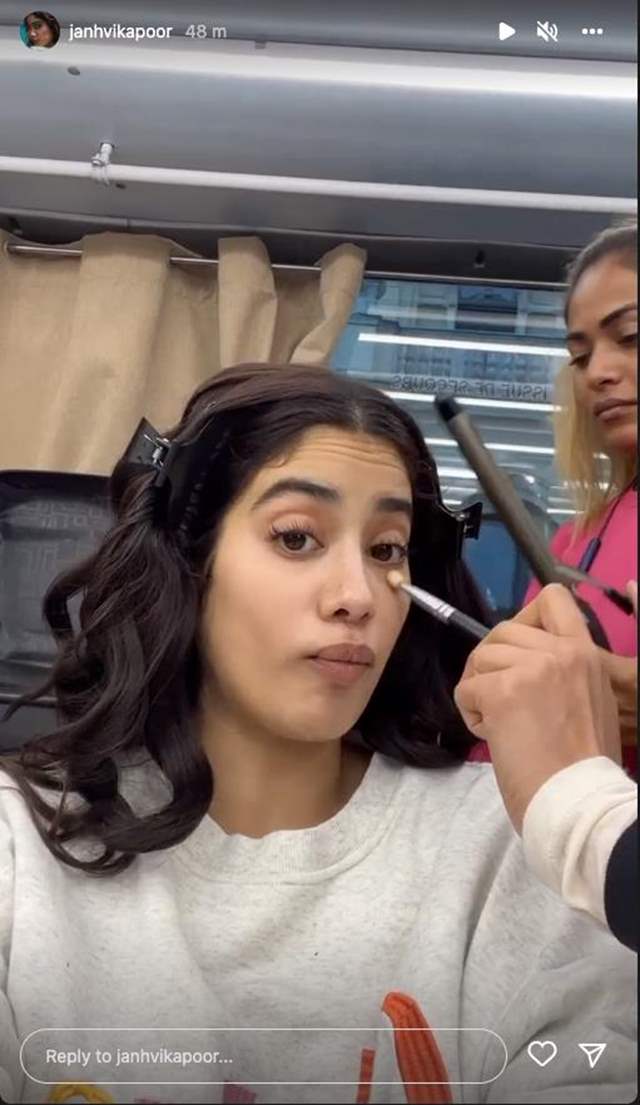 After her contouring was done, Janhvi again made a fun comment that now her jawline appears to be sharp, a Kapoor jawline just like her uncle Anil Kapoor. She then went on further to give details about her blush, eye brow brushing and other stuff.

Janhvi Kapoor has always been an ardent social media user and fans love to see this candid and bubbly side of hers on the social media.

Talking about her professional engagement, she was last seen in the horror-comedy Roohi. Kapoor was highly lauded fir her performance, despite the film receiving mixed reviews. Apart from this she is currently gearing for her film Good Luck Jerry.

It is a black comedy criminal movie that was made by Subaskaran Allirajah, Aanand L. Rai, and Mahaveer Jain under the direction of Sidharth Sengupta. Janhvi Kapoor plays the lead in the movie, while other key players include Deepak Dobriyal, Mita Vashisht, Neeraj Sood, and Sushant Singh. The movie is a remake of the Kolamaavu Kokila from Tamil (2018). The movie is slated to debut on Disney+ Hotstar on July 29, 2022.