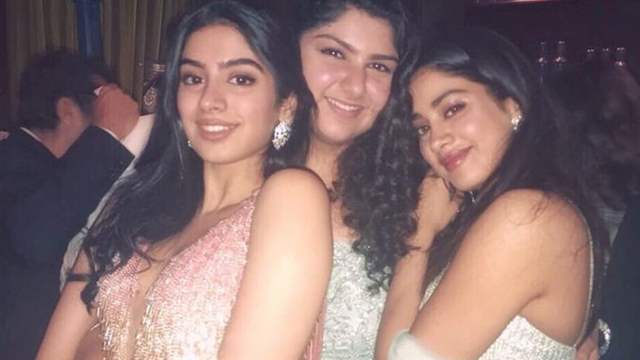 Janhvi Kapoor and Khushi Kapooy are Boney Kapoor’s daughters with late wife Sridevi. Besides them, Boney also has two kids: Arjun Kapoor and Anshula Kapoor from his first wife Mona Shourie, who is no more.

The four siblings have bonded well together and keeping the past aside, Arjun and Anshula had turned pillars of strength for Janhvi and Khushi after they lost their mother, Sridevi in 2018.

To make their relationship stronger and spend more time together, Anshula Kapoor has joined the other two girls for a vacation in New York. This is first time the three sisters will be holidaying together.

Khushi flew down to Los Angeles to do a cinema course and her sister Janhvi later joined her and then the duo hopped onto New York for a quick vacation. Reports have it that Anshula did not miss this opportunity and headed to NY to spend time with the two girls.

ETimes quoted a source as saying:

"The three girls felt that they needed to spend some time with each other away from the hustle-bustle of usual life."

In other news, daddy Boney Kapoor had recently given an update about Khush’s Bollywood debut.

The filmmaker had stated that Khushi will be pursuing a second cinema course in LA and will be ready for her Bollywood debut post that.

He had also added that while he loves all his four children: Arjun Kapoor, Anshula Kapoor, Janhvi and Khushi equally, he is more protective for Khushi as she the youngest one.