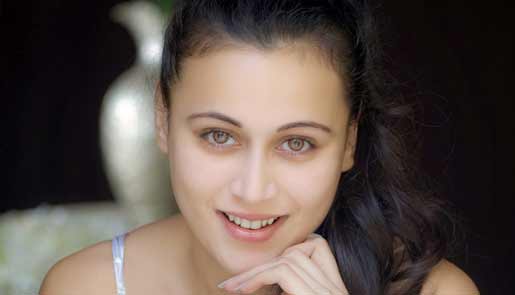 Actress Charlotte Claire says she couldn't have asked for a better cinematic debut than upcoming trilingual "Jai Hindi 2" as the film will launch her simultaneously in Tamil, Telugu and Kannada movie industries.

"I couldn't have asked for a better start to my career. Anyone would die for such a good start. It's not every day you get to debut in the three languages at the same time. I feel 'Jai Hind 2' is the best debut I could've asked for," the Mumbai-based Charlotte told IANS.

"It's a great exposure for me as a newcomer to the industry," she said.

Charlotte, who won the Miss Gladrags 2013 beauty pageant last year, was signed on by Arjun for the film as he felt she was "perfect for the character. He said he saw his character in me.

She plays a college girl from London in "Jai Hind 2", which is directed and produced by Arjun, who also plays the film's lead.

"It's a very modern, girl-next-door kind of role. I really didn't have to work hard for the character because it resembles how I am in real life, so much," she said.

Charlotte found acting in an alien language challenging, but she says "Arjun made everything comfortable".

"He would sit and explain my lines until I get them right. He was extremely cooperative and helpful towards me," she said.

"Jai Hind 2" is the sequel to Arjun's own "Jai Hind", which is still regarded as one of the best action films in southern cinema. The sequel too is high on action.

"There's a lot running around with Arjun in the film. I'm a big action movie lover and grew up watching Jackie Chan's films. I never dreamt I would be working with Arjun, the action king of south someday. Watching him perform some stunts on sets left me in awe," she said.

One of the action sequences left Charlotte with her heart in the mouth.

"There's a scene where Arjun and I were following a conman in the car. We had to drive at good speed. All of a sudden when Arjun hit the brake, our car almost turned over. That moment was so frightening," she said.

"I still remember that day because I remember telling Arjun that I really like to get thrilled by speed. After the scene, Arjun and I had a good laugh about it but the fright is still inside me," she added.

Also starring Surveen Chawla, "Jai Hind 2", which is gearing up for release soon, was shot in places such as Bangkok, Singapore, Chennai and Hyderabad.