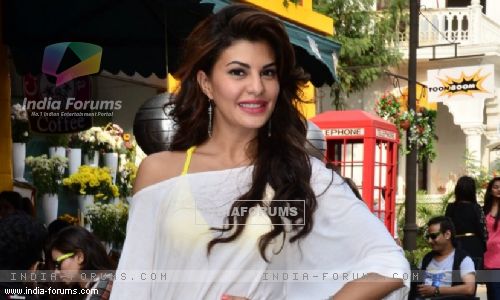 New Delhi, Jan 29 (IANS) Jacqueline Fernandez, who is known for her beauty and dance moves, is all set to showcase her artistic strokes. The actress will present a sketch made by her to one of her fans.

The "Kick" fame actress took to micro-blogging site Twitter to announce a competition, where she will be judging her fans. The competition aims to know how well her fans know about her character in the forthcoming movie "Roy".

"I'll be sketching one of you my lovely fans! If you want to be the one to be sketched then go on & visit (her official Facebook page)," the actress posted.

The film also features Ranbir Kapoor and Arjun Rampal and is set to release Feb 13.