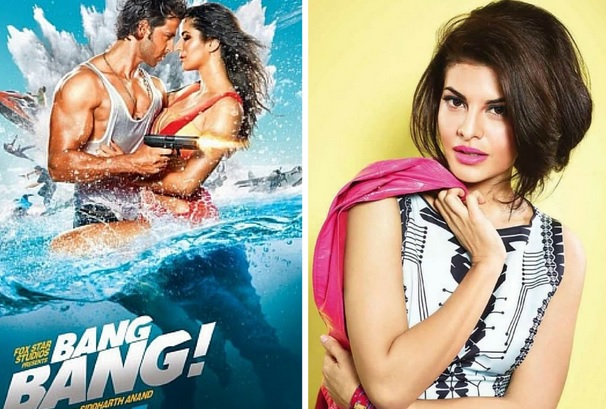 2014 blockbuster Bang Bang was yet another hit film in Hrithik Roshan and Katrina Kaif's kitty. Siddharth Anand, the director of the film had incidentally confirmed that he been working on the sequel of the film and that he already has a script for the same.

If sources are to be believed Sidharth Anand has even zeroed down on the cast of the film. Obviously retaining dear friend Hrithik Roshan, Siddharth has decided to cast a new female lead in the movie, instead of Katrina Kaif.

That new lady is none other than, Jacqueline Fernandes. She has managed to make a substantial mark for herself in Bollywood in a very less time. After have done movies like Kick with Salman Khan, and Brothers with Akshay Kumar, the Sri Lankan beauty is set to share screen space with Bollywood's heart throb.

Well this fresh pairing would definitely be worth watching.

+ 3
5 years ago Thats a great choice as both don't know how to act. They only know skin show, Englishish Hindi and dance

+ 2
5 years ago Deepika and Hrithik, please! Someone, anyone, would just live to see these 2 on screen together.

+ 2
5 years ago what are they going to copy off this time
yeah i know it was a supposed remake
but why a sequel!!!

+ 4
5 years ago OH NO. I wanted Katrina in the sequel. They look so great and hot onscreen. #favcouple!

+ 2
5 years ago Why would anybody want to make a sequel of a super flop, extremely shitty n absurd movie copied from another Hollywood movie which also was originally a crappy one at that?
#BollywoodLogic
If only some ppl had 1/10th of the brains than the money they possessed! *rolls eyes*
Lel.
Hrithik...plz! U deserve better than Bang Bang man! Don't dumb yourself down for the sake of your friends.

5 years ago well im interested in sequel only if Hritik is part of it .

+ 5
5 years ago Shoot me! Please someone cast Hrithik and Deepika freaking Padukone together! #Hrithika