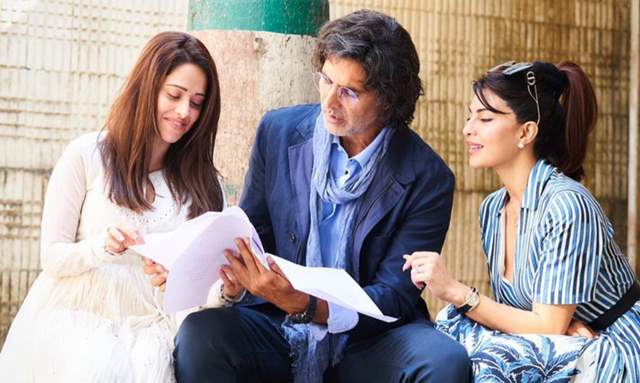 Just a few days into the shooting of Ram Setu, Bollywood actor Akshay Kumar was recently diagnosed with Coronavirus. The 53-year-old actor issued an official statement about his health update on Monday.

However, in a shocking turn of events, after Akshay’s Covid-19 report, 45 Ram Setu crew members also tested positive for the virus. Amid this, a Pinkvilla report suggests that Akshay's co-star Jacqueline Fernandez has also isolated herself at home as a 'precaution.'

The report quoted a source speaking about the Ram Setu actress and mentioned that amid the Covid-19 scare and Akshay contracting the deadly virus, Jacqueline has isolated herself at home as a ‘precautionary measure’.

However, while the actress has undergone the Covid-19 test, there is no update yet about her reports.

Meanwhile, Nusrratt Bharuccha, also shared a picture from her home isolation and revealed that she is relying on steam and other precautions to keep herself safe.

Jacqueline also shared cute pictures of her pet Cat Zhivago. She shared several pictures of sipping on her hot cuppa while spending time with her pet at home amid isolation.

Helmed by director Abhishek Sharma, the film is inspired by Indian mythology and religion and it will be a story based on facts, science and historical heritage. Ram Setu will showcase strength, bravery, love and the unique values of our country that form its moral and social fabric.