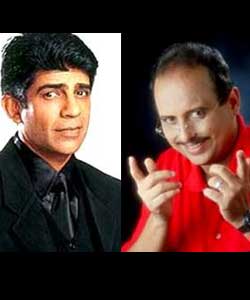 Tellybuzz broke to you the exclusive news about Fireworks Productions coming up with a thriller show which deals with police cases. The show earlier titled as Jeena Ho Aan Se has eminent names such as Hasan Zaidi, Madhura Naik, Harsh Chhaya and Piyush Sachdev but the latest we hear is that Balaji loyalist, Ritu Raj Singh and Shahrukh Sadri last seen on Sony TV's Bade Acche Lagte Hai will make an appearance in one of the cases.

A source informs, "As the show will deal with various police cases where one story will take approximately around 10 days to be dealt with. The show was earlier titled as Jeena Ho Aan Se has but now it has been renamed to Shappat."

We contacted Ritu Raj Singh and he confirmed saying, "Yes, the episodes of Shappat are going to be interesting and I will essay a cop in one of the episodic."

Shahrukh Sadri too confirmed the same wherein he will play a Public Prosecutor in the same episode.

Hope the makers of CID bring another league of phenomena with Shappat!

Tiharika 8 years ago Please dont end Geet, cant even think about its end.Geet is and will continue to be THE BEST SERIAL :)

-Nymphadora- 8 years ago i love police based shows..looking forward to it!

Darling_Forever 8 years ago Bring any show but don't end GEET& PKYEK please...
BTW Ur show wont get TRPs until u dont improve your reach so even if u revamping it wont make any difference ..

..PlayfulKiss.. 8 years ago we don't care what shows you are bringing in star desh but please, don't end PKYEK!!