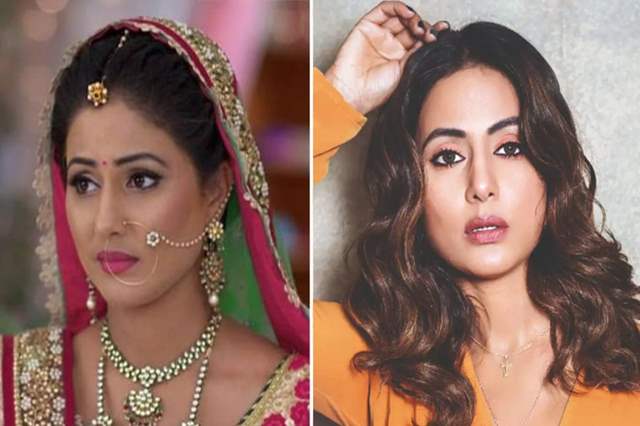 In the world of TV industry, we rarely come across instances of how TV actors, who play iconic roles for umpteen years - manage to outgrow those roles and in a way that it isn't stereotypical anymore. In fact, the instances of how these actors stay with the tag of being remembered for that one iconic role is more prevalent that otherwise.

However, one of the rare few in this list has been an actor like Hina Khan. The actor played the immensely iconic role of Akshara, where she even went on to play the same for almost seven years.

However, post quitting Yeh Rishta Kya Kehlata Hai, not only has Khan managed to absolutely break the image of being tagged as a TV bahu but has infact done that with immense ease. Now known to ne one of the most glamourous people in the industry also having created a successful career in films, TV and otherwise, Khan is indeed a trailblazer in every sense. So, recently, when a portal taged her about one of the plot twists in Yeh Rishta Kya Kehlata Hai related to her role of Akshara, she chose to address the same politely. Khan said, "Hey .It’s  been a while since I played the iconic character of #Akshara

So sweet of you to still tag me and I understand ur connect with #Hina  #TheIconicAkshara but I have outgrown that phase nd this is the time for new gen. to shine..let us all show some love #AksharaLivesOn Folded hands"-

That does make absolute sense, doesn't it? Indeed has Khan absolutely outgrown the role of Akshara but has proven herself in every other sense otherwise.

Vrushika Mehta on entering Yeh Rishta Kya Kehlata Hai: It was the role ...

Neonholic 1 months ago I really miss Akshara on screen, one of the most sensible and relatable female lead of ITV.