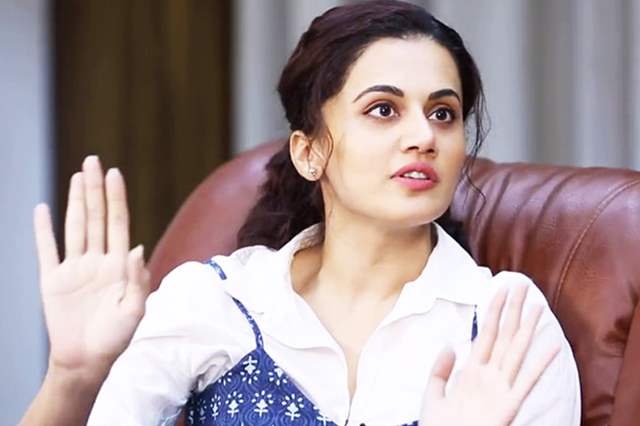 Actor Taapsee Pannu is now one of the most successful actors in the industry who continues to be loved for all his roles and continues to fo a fine job in her acting projects. However, as known to an extent, the journey to this stardom and success hasn;t been an easy one and a long one too. Pannu, who is currently shooting for her upcoming film, Rashmi Rocket in Gujarat has recently revealed about the struggles she faced during her initial days in the film industry. In a recent interview with Filmfare, the actress has recalled the time when the producers were afraid of signing her. She was also being replaced in several films. The actress revealed that she faced some really weird things in the beginning.

“I’ve been replaced because the hero’s wife didn’t want me to be part of the film,” Pannu stated. Once, she was dubbing for one of her films and she was told that the hero didn’t like her dialogue so she should change it. When she refused to change it, they got a dubbing artiste to do it behind her back. She also said that there was a time when she was told to slash her price as the hero’s previous film didn’t work. Pannu urther said that there was some hero who wanted her introduction scene changed because he felt it would overpower his introduction scene. “These are the things that have happened in front of me, I don’t know what’s happened behind my back,” added the actor.

When asked about how she dealt with all of this, Pannu said that she decided to take up films that will make her genuinely happy to go to work. She further said that there are a few male stars who are hesitant to take her as their leading lady because she has done many women-driven films. “It might be a little harder, longer journey but it’s going to be one that I’m going to enjoy each day. It has worked out till now,” the actress concluded.

Apart from Rashmi R0cket, Pannu will also be seen in films like Looop Lapeta and Haseen Dilruba.