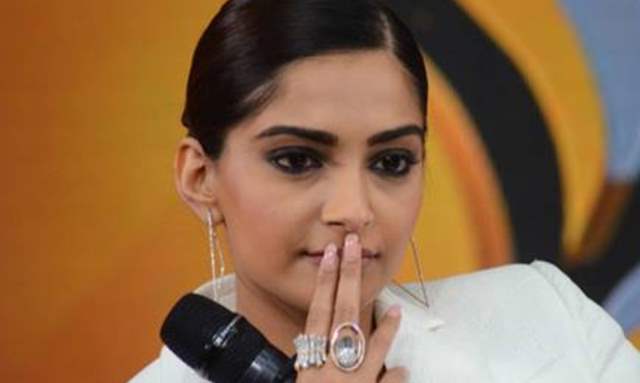 On Sunday, Sushant Singh Rajput hanged himself at his Bandra house in Mumbai. Reportedly, the actor was battling with depression for the last six months and was taking anti-depressant pills as well. His house help also informed that the actor was disturbed since the last few days.

Besides his battle against depression, Sushant was allegedly boycotted by the Bollywood biggies and many people have slammed Karan Johar, Salman Khan, Alia Bhatt for mocking the actor.

Sushant’s death has paved the way for a debate around nepotism in the industry. Netizens also slammed Sushant’s co-stars Shraddha Kapoor, Kriti Sanon and rumoured girlfriend Rhea Chakroborty for neglecting Sushant in his tough times. Reacting to such comments, actress Sonam Kapoor lashed out and tweeted:

Sonam’s post irked many on the Internet and in no time, the actress became the target of the trolls. Upset with the hate coming her way, Sonam has now turned off her comments section on Instagram.

“Hey guys I usually don't shy away from hate and negativity because I feel sorry for the people who have so much hate in their hearts as it harms them more than me.

But it's triggering my friends and family. I understand that they are paid bots and people who are pushing a conservative right-wing agenda. But right now is the time to speak about the lives lost at the borders and the lives affected by the lockdown. I'm turning off my comments” she wrote in a post. 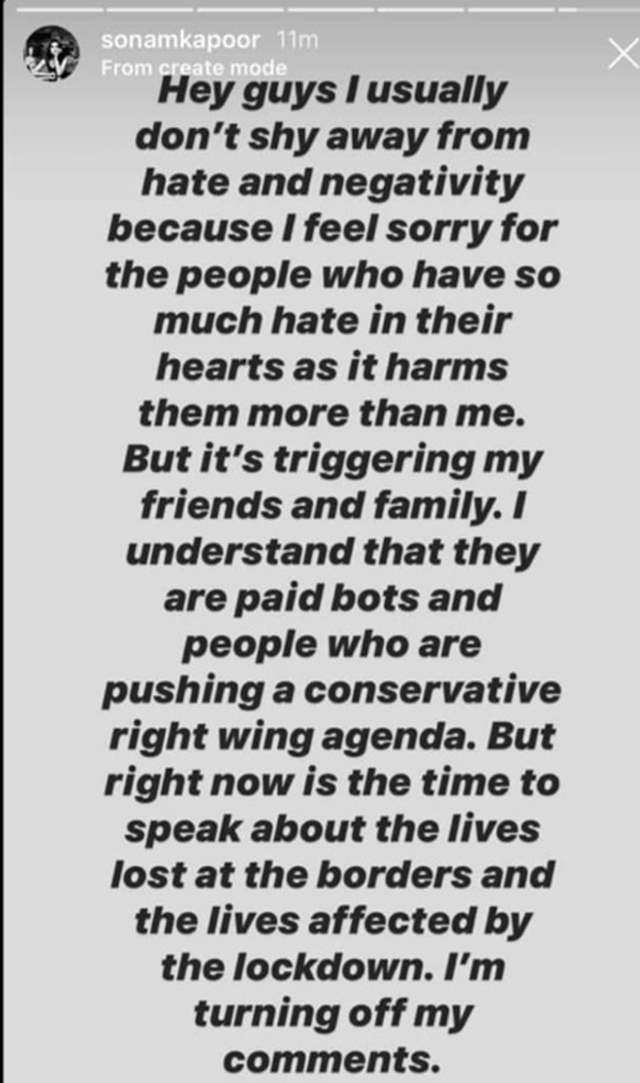 In other news, a police case has been filed in a court in Bihar’s Muzaffarpur, against Bollywood directors Karan Johar, Sanjay Leela Bhansali, Ekta Kapoor, Salman Khan and others in connection with Sushant Singh Rajput’s suicide.

luvumjht 1 months ago Mean people are always mean. If they gossip about others and talk crap, they are socializing but if they are told something in return, other people’s heart are mean. You are joke because of your deeds. None of your other family members are frowned upon like you. Henceforth not spending a single penny on the crappy movies made by u or ur besties gang.

Bharathi_gurti 1 months ago Still this women forgets the cruelty with which her WhatsApp group led by karena kapoor and this women is destroying everyone..now blaming on right wing agenda so and so..whennwill this moron grow up..

ronshaan 1 months ago sahi kiya. people can make others end their lives as well.