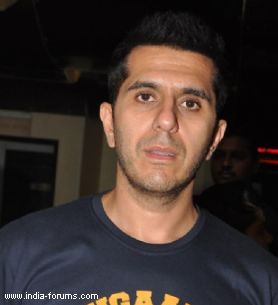 Producer Ritesh Sidhwani of Excel Entertainment, which was the banner behind "Zindagi Na Milegi Dobara", heavily shot in Spain, says the team of their next film "Dil Dhadakne Do" is off to shoot in Barcelona now.

"Enroute to Barcelona for 'Dil Dhadakne Do', eating breakfast at my favourite place in Heathrow," tweeted Sidhwani, who co-owns Excel Entertainment with Farhan Akhtar.

Earlier this week, he had shared that the voyage of "Dil Dhadakne Do" was to begin Saturday, while the film will release June 5, 2015. It stars Farhan, Anil Kapoor, Anushka Sharma with Ranveer Singh and Priyanka Chopra.