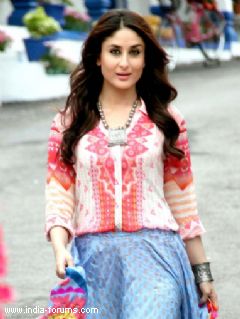 Dressed in a simple black tee and black denims which highlighted her translucent complexion, Kareena Kapoor Khan looked like perfect beauty even without make-up, though little exhausted from continuous round of media interviews. In an interview with india-forums.com, Kareena Kapoor speaks about her equation with Ajay Devgn, the reasons for being picky and her future plans.

How is the promotion of 'Singham Returns' shaping up?

A movie's first promo is responsible for generating that curiosity in audience which decides whether the audience will go to the theatre to watch the movie or not! Personally I believe that we actors have become more like 'salesmen' promoting our movies. More than the shooting, the promotional part is becoming too hectic to handle. I am totally fine with the visits to malls, public places where fans actually get a chance to see their stars in person but I don't understand the logic of visiting the sets of reality shows. Audience who are watching these shows watch it for its content and many a time, the celebrity guests just become a nuisance for such audience. 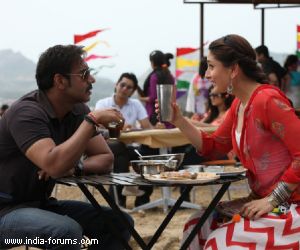 Tell us something about your role in the movie?

I am playing 'Avani' a girl who loves to talk. She is a complete chatter-box, fun-loving character. It's always tough for me to do comedy.

What training did you have to play a Maharashtrian girl?

I have spoken 'Mumbaiyya' Marathi in this film and learned few Marathi gaalis, too! (Laughs)

What was most challenging for you while playing 'Avani'?

To be continuously talking while doing other things was difficult for me. To make someone laugh is more challenging than putting glycerin and cry in front of the camera. There is one scene, where I fight with another girl which was very tiring. We shot for the same scene for a whole day. Also, my character drives a rickshaw which is the funniest scene in the movie; people are going to love it. 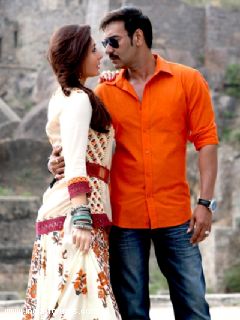 From Omkara to Singham Returns, how has your equation with Ajay Devgn has evolved?

We have done an intense, romantic role in 'Omkara', 'Golmaal' was an out and out comedy and now in 'Singham 2' Rohit has combined both action and comedy. Ajay and me, complement each other. He is a fine actor and proved his mettle in each film he has done. My chemistry with Ajay was formed way earlier than I started working with him as his leading actress. It happened on the sets of K.C.Bokadia's movie 'Shaktiman', where Ajay was working opposite Karisma. I was 10 years old when I used to visit the sets. With each passing movie, we have developed an understanding and a comfort with each other, which help in our performances as well.

You have rejected some big projects recently. Have you become picky?

It's good to be picky after 15 years na?! I am married now, and my priorities have changed. I can't just take off like I used to earlier. Every film is important but it should appeal to my sensibilities. 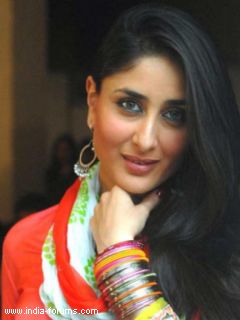 So, finally are you doing 'Shuddhi' or no?

No, I am not doing 'Shuddhi'. I waited for one and half year for Hrithik to accept the movie. The day he left the movie, I left it too.

What are your plans after 'Singham Returns'?

After the release of 'Singham 2', Saif and me are going for a month long vacation which I am really looking forward to. After that I will start shooting for Kabir's 'Bajrangi Bhai' with Salman.

We wish Kareena Kapoor all the best for all her forthcoming movies and may she continue to grace our hearts and her charming persona.