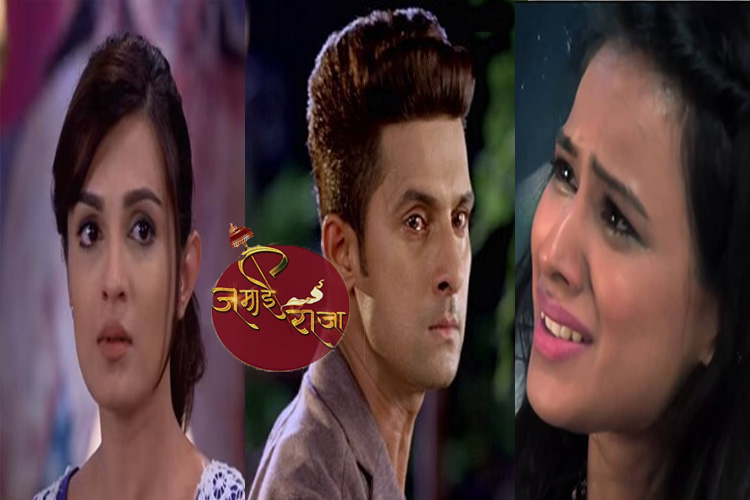 One of the most popular and long-running shows for Zee TV, 'Jamai Raja' has some 'sad' news for all the fans of the show. The show, which began in August 2014, went on to become a success, courtesy its different approach, novel concept, and an alluring star cast.
The on-screen pairing of Ravi Dubey-Nia Sharma aka Siddharth and Roshni went on to become a sensation and the on-screen tussle between Siddharth and DD (Achint Kaur) was also loved and adored. The show went through massive changes in recent times after Nia and Achint quit the show and actress Shiny Doshi was roped in to play the NEW female lead.
The journey of 'Jamai Raja' has been a memorable one with several developments. And now, according to a leading news daily, the popular Zee TV show is all set to call it a wrap and will go off-air from 3rd March 2017.
Actor Ravi Dubey aka Siddharth/Satya confirmed the same and said that the show will immediately go off-air after completing 700 episodes. The actor also mentioned that the run has been a successful one, where he got to portray 18 characters over the period, which helped him grown as an actor. He concluded by mentioning that he is really grateful for the opportunity and that it was a terrific one.
What are you gonna miss the most about the show? Leave in your comments below..
17 Likes

crazylove100 3 years ago Nia Sharma love you
Miss our SidNi

'Get Out' Fame Daniel Kaluuya To Star in Netflix's 'The ...
an hour ago

Puja Banerjee on Having a Traditional Wedding After Baby's ...
4 hours ago

"Never Felt Anything After Contracting COVID-19" Says Brian ...
4 hours ago

"I Wanted To Cry Badly But Somehow Held Myself Together" - ...
6 hours ago

Sushant's Family States They Have 'No Faith in Mumbai ...
9 hours ago