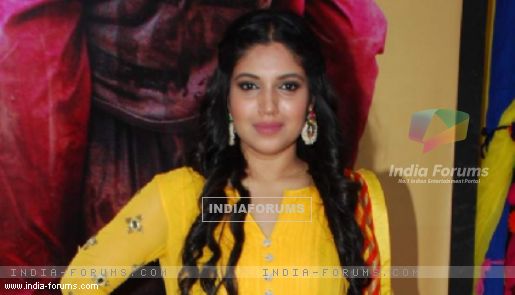 Debutante Bhumi Pednekar, who is being appreciated for her performance in "Dum Laga Ke Haisha", says it doesn't matter if a girl is thin or voluptuous as long as she's confident and comfortable.

"More than being voluptuous or thin, it's more about being confident and comfortable. The girls today are not the type who would starve themselves. Whether they are plump or overweight, they are very comfortable with their body," Bhumi told IANS.

Bhumi was seen playing an overweight girl in "Dum Laga Ke Haisha", directed by Sharat Katariya. The film features Ayushmann Khurana as her on screen husband.

Bhumi said it was Yash Raj Films' casting director Shanoo Sharma who egged her onto acting in films.

She said: "I have been working with Yash Raj Films for many years and this was my sixth year casting for them. Shanoo was a big inspiration. She always said that I should take up acting. I was very shy at first but this is how it happened."

"There were a lot of people who encouraged me to get into acting," she added.

Bhumi Pednekar gets emotional, misses her late father on death ...